The National Pest Management Association and the University of Kentucky find nearly all U.S. pest professionals have treated bed bugs in the past year

FAIRFAX, Va. (May 20, 2015) – The National Pest Management Association (NPMA) and the University of Kentucky today released the results of their biennial Bugs Without Borders survey, which surveys U.S. pest professionals on the prevalence of bed bugs in Americans’ daily lives. The 2015 survey found that bed bug infestations in the United States continue at high rates, with 99.6 percent of respondents having treated for bed bugs in the past year. That number – which has been consistent for the past few years – is significantly higher than 15 years ago, when only 25 percent of pest professionals reported treating for bed bugs.

“Our survey has found that residential settings and hotels continue to be the top places where pest professionals are finding and treating for bed bugs,” said Missy Henriksen, vice president of public affairs for NPMA. “As summer travelers eagerly visit destinations, new and familiar, it’s important to remind them that the best way to stem the spread of bed bugs is to be vigilant during and after their trip.”

Henriksen added, “Being aware of surroundings while staying in hotel rooms and utilizing public transportation, as well as carefully inspecting luggage and clothes upon return from vacation, can go a long way in ensuring bed bugs don’t follow them home.”

Below are the top five findings from the 2015 Bugs Without BordersSurvey:

In addition to releasing the results of the latest Bugs Without Borders survey, NPMA has designated June 7-13, 2015 as Bed Bug Awareness Week to help educate the public about this difficult-to-treat pest. 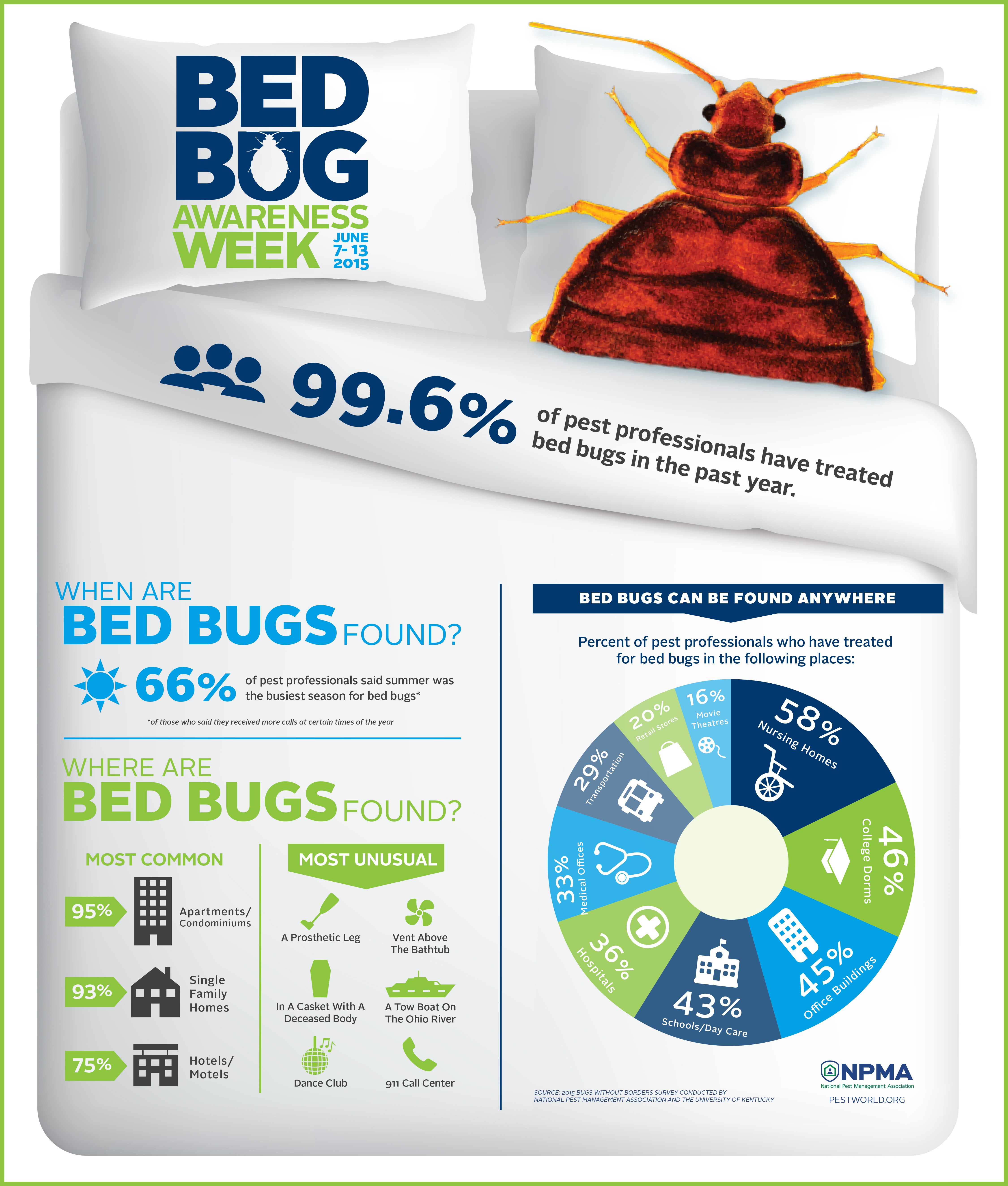 More information can be found at AllThingsBedBugs.org, NPMA’s resource on everything bed bug related, from prevention tips to current news.