Tick-Borne Illness on the Rise

Tips To Protect Yourself and Your Family

Most people are aware that ticks spread Lyme disease, a bacterial infection that causes flu-like symptoms, however in recent years, a number of other tick-borne diseases have become more prevalent.

According to the Centers for Disease Control and Prevention (CDC), in the past 10 years in the U.S., the top five reported tick-borne diseases are: 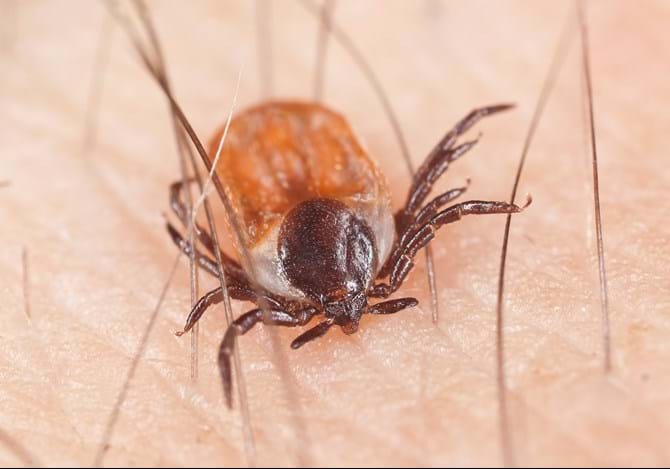 Experts attribute the rise in these illnesses to an increase in tick populations.

A recent survey of consumers by the National Pest Management Association (NPMA) found that 44 percent of respondents have or know someone who has been bitten by a tick. Of those , the majority lives in the Northeast region of the country (54 percent); followed by those from the Midwest (49 percent), in the South (46 percent) and lastly those from the West (28 percent).

While a tick bite does not always result in an illness, considering the prevalence and rise in tick-borne illnesses, it is important the public take steps to protect themselves and their families before, during and after spending time in a tick habitat, such as the woods or areas with tall grass. Even though tick season typically takes place from May to September, people should practice preventative measures year-round and in all regions of the country as different species of ticks are found across the U.S.

The NPMA survey found that while 72 percent of consumers use precautions to protect themselves and their family members from ticks, the majority of those who have removed a tick from themselves, another person or an animal use improper removal methods.

Despite a number of myths, like the use of oil, petroleum jelly or even gasoline to kill the tick; or the use of heat from an extinguished match to force the tick to detach, the best and safest way to remove a tick is to use fine-tipped tweezers, grab the tick close to the skin’s surface and pull upward with even pressure. Beware of using twisting or jerking motions as this can cause the tick’s mouthparts to break off in the skin.

Avoid squashing the tick because spreading tick blood in the bite wound might increase the risk of infection. Once the tick is removed, clean the area with soap and water. If you develop a rash, headaches, pains or fever, call your doctor immediately.

As ticks typically require hours of feeding before they can successfully transmit infections, prompt and proper tick removal is a crucial step in decreasing the threat of being infected with a tick-borne illness. To learn more about ticks and Lyme disease, watch this video.