Everything You Need to Know About Camel Crickets

During the change in seasons, camel crickets can become a nuisance to homeowners, especially in areas experiencing dry weather. Although not often seen in homes, these crickets are common all over the world, including all regions of the United States. 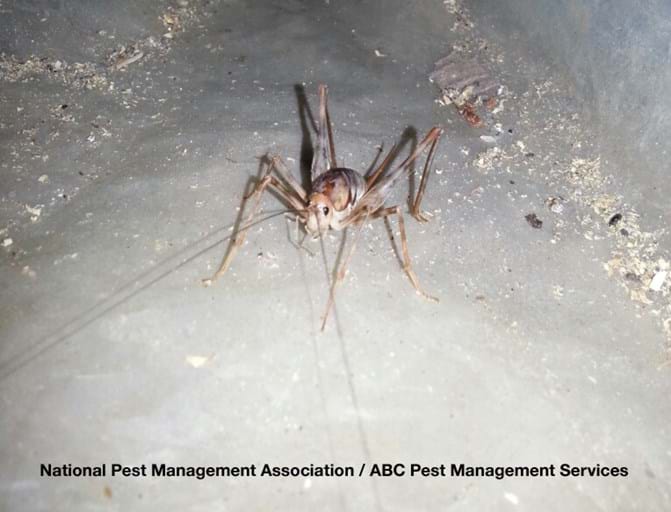 Similar to the animal they’re named after, camel crickets are light to dark brown with a hump-back appearance. They have six legs including hind legs that are often as long as the rest of their body. They also have very long antennae, often longer than their bodies. It is believed this is because they are nocturnal insects and rely heavily on their sense of touch.

Adults are very small, only growing up 1.25” inches in body length. Camel crickets do not have sound-producing structures on their back legs, and adults do not have wings, unlike other cricket species. Their only form of defense is to leap when frightened.

Outside, camel crickets are usually found in mulch, woodpiles or in wells. If they make their way into a home, they will find places similar to their favorite outdoor spots such as damp basements, utility rooms, garages or crawl spaces.

One reason camel crickets are considered household pests is their habit of eating fabrics including curtains and clothing. Homeowners have even reported crickets munching on clothing hung outside to dry.

When they become a problem

This group of crickets is classified as an occasional invader and a nuisance pest. They aren’t common in homes or buildings and they don’t pose any health threats to people. However, camel crickets can overwinter in homes, normally as nymphs or young adults. Females lay their eggs in early spring and they hatch during April.

They tend to find their way indoors when their survival is threatened by dry weather. It is important to reduce areas around the home that might harbor moisture to eliminate areas that would be attractive to the crickets. This can be achieved by keeping all rooms well ventilated and by keeping wood piles at least 20 feet away from the house.

Without a source of water, occasional invaders do not survive very long indoors. However, dead camel crickets have been known to pollute wells and create an unpleasant odor if not disposed of quickly. This could possibly attract other pests, causing a larger infestation.

If you think you have a camel cricket problem in your home, contact a licensed pest professional to access the situation and recommend further steps. For information on other common occasional invader pests that may be lurking in your home, take a look at this guide.