A Guide to Common Termite Species

By looking at a single termite, it certainly doesn’t look dangerous or menacing, but a whole colony of them can inflict serious structural damage on a home in a fairly short period of time. Termites are known as “silent destroyers” because of their ability to chew through wood, flooring and even wallpaper undetected. Each year, termites cause about $5 billion in property damage.

As the ground warms across the country, from the South up to the North, termite populations emerge in search of a new structure to invade. They send their explorers, also referred to as swarmers, in search of hospitable habitats such as homes that may have sustained damage during the winter months due to rain or snow.  Because swarmers have such a similar appearance to that of a winged or flying ant, many homeowners may dismiss them as such upon finding them inside their home – a big mistake.  If swarmers determine your home to be their perfect home, it’s a safe bet the rest of their colony will follow.

Although there are about 2,000 known termite species in the world, the following present the biggest threat to homeowners in the U.S.: 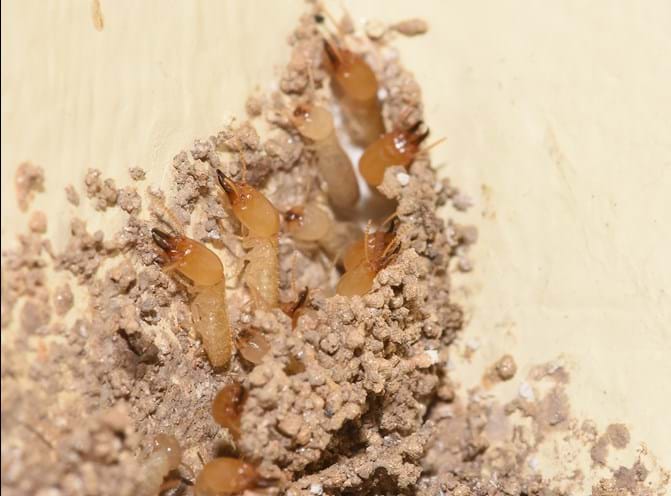 Subterranean termites are found in every state except Alaska. This termite species lives in underground colonies or in moist secluded areas aboveground that can contain up to 2 million members. They build distinctive "mud tubes" to gain access to food sources and to protect themselves from open air. Subterranean termites are by far the most destructive species in the U.S. 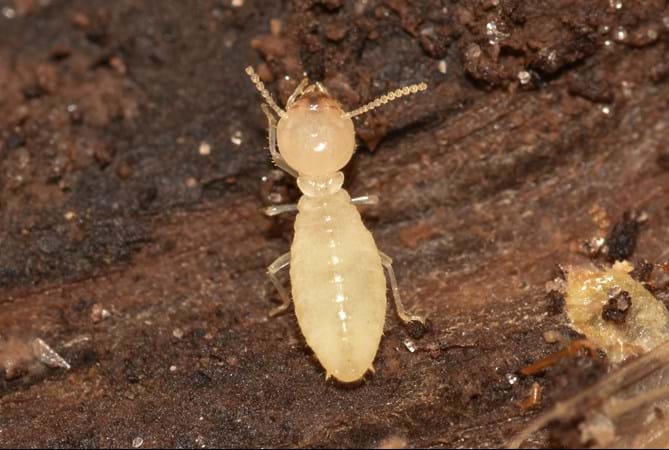 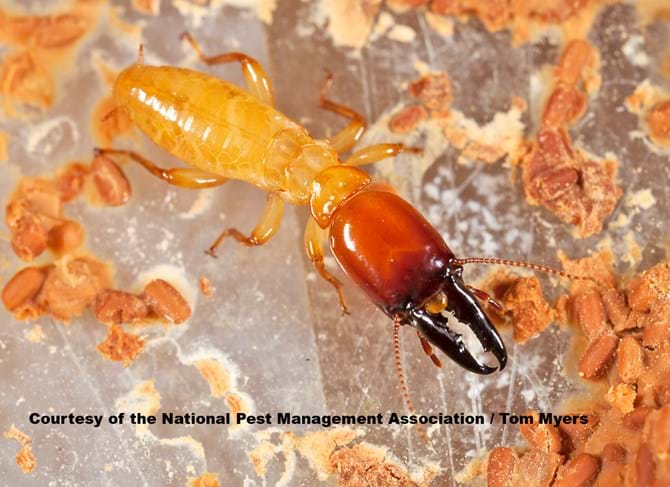 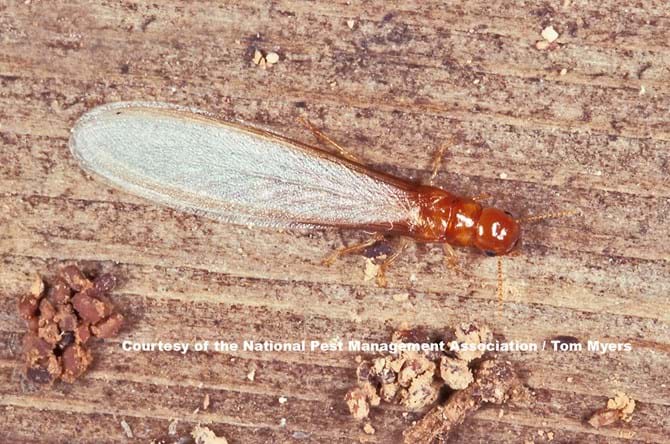 Drywood termites infest dry wood and do not require contact with the soil, unlike the subterranean and Formosan termites. This termite species often establishes nests in roof materials and wooden wall supports and can infest dead wood that may be around homes. Although they don’t require as much moisture for survival as other species, they can also be found in wood near a water source such as a leaky pipe or water heater. Drywood termites are found in the southern tier states, from North Carolina through the Gulf Coast and into the coastal areas of California. 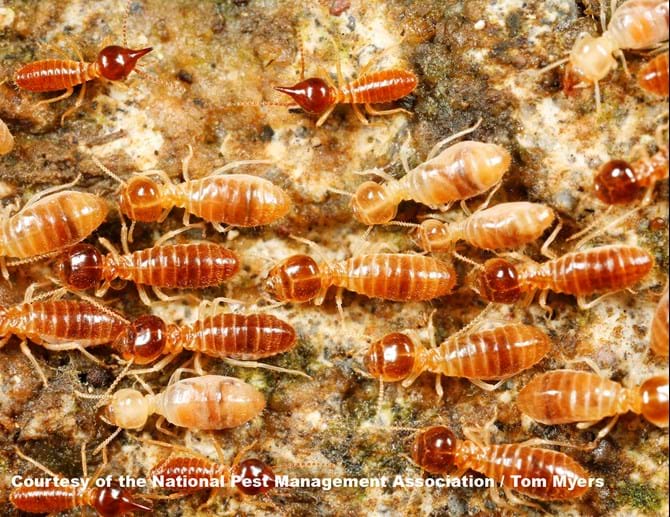 Conehead termites are an invasive species native to the Caribbean. They were first introduced to the U.S. in 2001. Originally called "tree termites," they were renamed conehead termites to alleviate the misconception that this pest is only found in trees. Though the species was believed to been eradicated in the U.S. in 2003, the Florida Department of Agriculture and Consumer Services (DACS) recently confirmed the reemergence of this pest in Broward County, Florida. Unlike most termites, the conehead termite does not rely on underground tunneling to travel. Instead, they forage on the ground like ants, allowing them to spread quickly. Conehead termites are an extremely aggressive termite species known for causing widespread property damage in a short period of time.

It is not always possible for an untrained individual to see evidence of termites; however, homeowners can sometimes identify a potential termite problem by being vigilant in and around the home. If you see any of the following, it’s time to contact a pest professional who can immediately determine the extent of the problem and provide a recommendation about the appropriate course of treatment.

For more information on how to prevent termites in your home, check out this article about the importance of wood-boring pest inspections.