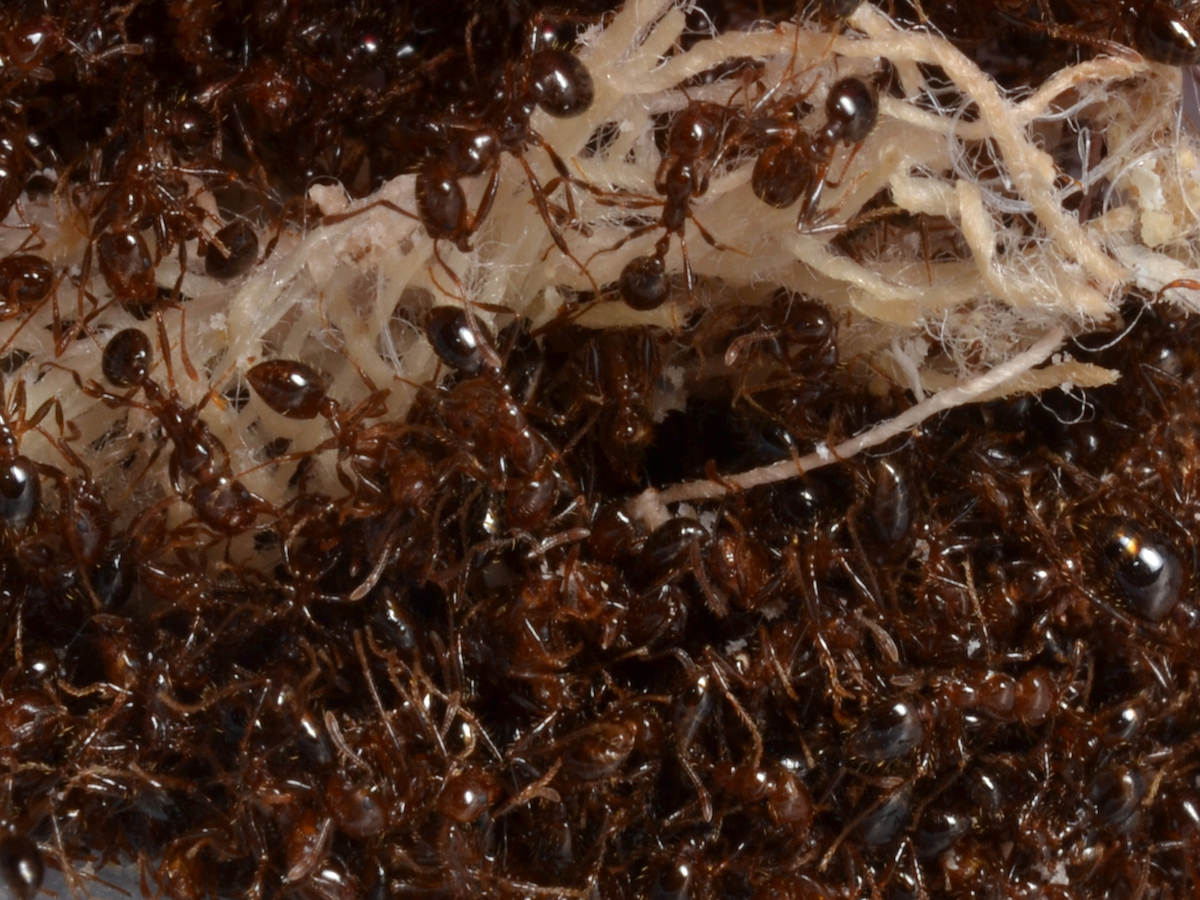 When people think of stinging insects in the summer, wasps or yellowjackets are likely to come to mind. What most do not realize is that hurricane season, which begins in June and goes through the end of November, is a popular time of year when homeowners in the southern United States are disturbed by another type of stinging insect – red imported fire ants (RIFA). This aggressive ant species has the ability to survive in extreme weather conditions, such as the flooding that may occur in the coming months. But how does this species do it?

In 2017, after Hurricane Harvey made its way inland, Texas residents were stunned to find RIFAs using their nestmates as a living raft to float atop the flood waters. The floating fire ants link their legs together to build a raft, which allows them to float to a new, dry location where they can rebuild their colony. Fire ants have a waxy exterior that protects them from drying out in the hot temperatures of the south, but in conditions where they encounter flood waters, this waxy layer also helps to expel water.

Fire ants get their name from their ability to inflict a painful, burning sting, which feels as though someone is holding a flame to the skin. When fire ants feel threatened they simultaneously sting their predator and hold on with their mandibles, or mouthparts, for as long as possible. These ants do not give up easily and once attached, fire ants must be pulled off individually. Washing the affected area gently with cold water and applying anti-itch ointments are the best ways to relieve the symptoms of fire ant stings. Rarely does a fire ant sting require a trip to the hospital, but if you are feeling dizzy or unable to breathe it is recommended that you seek medical attention right away.

Fire Ants and the 2018 Hurricane Season

According to ABCNews.com, forecasters at the National Oceanic and Atmospheric Administration are expecting 2018’s hurricane season to be normal or above normal. It is predicted that there is a 70 percent likelihood that 10-16 storms will have winds higher than 39 miles per hour (MPH). Five to nine of those storms are expected to be hurricanes. Fire ants make their way into the news during hurricane season because the significant rainfall that accompanies these storms often forces the ants above ground to avoid drowning. With potential hurricanes and strong storms on the horizon, residents in the southern part of the country should be on the lookout for more fire ant activity.

After being imported to the southern U.S. from central Brazil between 1933 and 1945, RIFA made their way to states as far north as Virginia and locations as far west as Southern California. These ants are small in size, ranging from ⅛ to ¼ inch long. They are usually dark red to brown in color with a black abdomen, and are known for their unique mound-shaped nest. An undisturbed fire ant colony can quickly increase to 10,000 or more workers in a year. A mature colony can contain between 100,000 and 500,000 fire ants. To prevent fire ants from invading your home, make sure that any cracks or crevices around the exterior are sealed with a silicone-base caulk. Read more: 6 ways to keep your home safe from pests during hurricane season.

The removal of a fire ant infestation is difficult and should only be completed by a trained and licensed pest control professional.