Q&A with Dr. Parada on Insect Bites and Stings

Common questions about bee stings and mosquito bites are addressed

Summer warmth and sun are finally here. Unfortunately, so are many stinging insects. Makes us wonder, doesn't it? Well, wonder away and ask what you will. I will try to help you understand the answers to your questions. 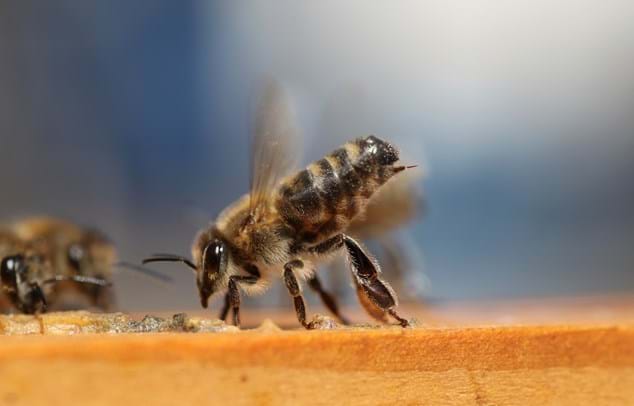 Yes and no. The male carpenter bee is unable to sting (although it may scare you because of its tendency to close in and hover near motion - like a person waving his/her arms!). The female however, is capable of stinging but typically must be extremely provoked before she will sting.

What is the best thing to do for a mosquito bite?

A mosquito bite typically results in a red bump on the skin that itches. As tempting as it may be, scratching a mosquito bite is a bad idea on two counts. First, it only agitates the venom and increases your itching. Second, over-scratching might cause breaks in the skin that can leave room for an infection. 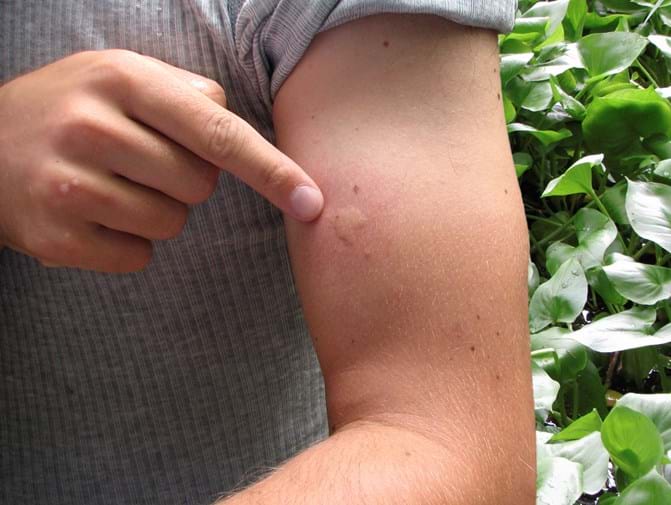 The itch is due to histamine release in our body in response to the mosquito's saliva which is injected while they're drinking our blood. Histamine is one of the main drivers in allergic and inflammatory reactions and causes swelling, redness and itching. So, scratching only stirs up the saliva and increases the histamine response.

All bites should be washed with soap and cold water. The best remedies are antihistamines and anti-inflammatories - such as Benadryl, NSAIDS, and steroids. Over-the-counter 1 percent hydrocortisone cream may be indicated for intense itching and larger reactions. If there are signs and symptoms of infection you may need to see your doctor for antibiotics.

Which stinging insects can cause allergies in people?

One is the amount of foreign substances injected by the insect (i.e., stinger venom) when it stings you. For instance, a bee sting with the stinger left in place may continue to pump venom for a few seconds, while a stinger that is promptly removed (without squeezing the attached residual venom sac) will inject less venom into you. More venom will always induce more symptoms (i.e. a greater reaction) than less venom.

The second is how allergic someone is to the venom. Everyone feels and reacts to bee stings, but some people only have local pain and swelling that subsides after a couple of hours. On the other hand, some people are superbly allergic to bee venom and even the most minor of stings will set off a life threatening allergic (i.e., anaphylactic) reaction. Anyone who falls into this category should take special precaution against bee stings and carry an EpiPen for emergency administration should they get stung.

How do I properly take out the stinger from a bee?

Speed trumps technique when it comes to removing bee stingers. Studies have shown the amount of venom delivered often does not differ whether the sting is pinched or scraped off. On the other hand, even a delay of a few seconds allows for more venom to be injected into the skin tissue.

Some advocate using the edge of a credit card to gently scrape the stinger off as perhaps this might decrease the likelihood of unintentionally squeezing more venom into the sting. But, a credit card may sometimes be a readily available tool that is at hand. Tweezers are also a good tool.

Once the stinger is removed, reduce pain and swelling by applying a cold compress. This not only provides symptomatic relief, but cold also causes constriction of blood vessels which helps to stop the spread of the bee venom.

What is the best way to neutralize bee or wasp stings?

The stinger should be removed as quickly as possible without regard to method. This may not neutralize the venom, but it may help to minimize the amount of venom that is injected into the tissues

There is a plethora of traditional home remedies that have been suggested for bee stings including damp pastes of tobacco, salt, baking soda, papain, toothpaste, clay, garlic, window cleaner, onions, aspirin or even copper coins taped over the bee sting. There is little concrete evidence to support the use of these remedies. The truth is that neutralizing a sting is unlikely because the venom is injected under the skin and into the tissue, where anything that is topically applied will not readily penetrate.