A Guide to Identifying Common Types of Cockroaches

Long despised by homeowners, the cockroach is more than just a creepy nuisance pest that can survive freezing temperatures and a week without its head. This creature can pose serious health risks to humans if it finds a way indoors. In fact, all types of cockroaches pick up germs on the spines of their legs as they crawl through decaying matter, which may be transferred to humans through food contamination. Cockroaches are known to spread at least 33 kinds of bacteria, including E. coli and Salmonella, as well as six kinds of parasitic worms and at least seven other kinds of human pathogens.

In addition, cockroaches can trigger asthma and allergy attacks as their droppings, saliva and shed skin contain potent allergens and can exacerbate asthma symptoms, especially in children.

To keep your family and home safe from a cockroach infestation, pest control and prevention is key. However, with approximately 4,000 living species of cockroaches in the world, and about 70 species found in the United States, it's inevitable that some cockroaches will find a way inside homes. As a result, it's important to pay close attention for signs of an infestation and take action if this pest is found. You should contact a licensed pest control professional to properly identify an intruder and recommend a course of treatment. However, you can also use this guide to help determine which type of cockroach has become an unwelcome houseguest if you suspect or discover an infestation: 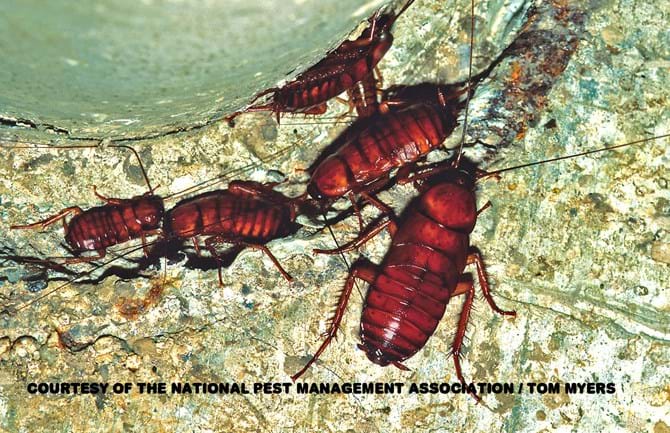 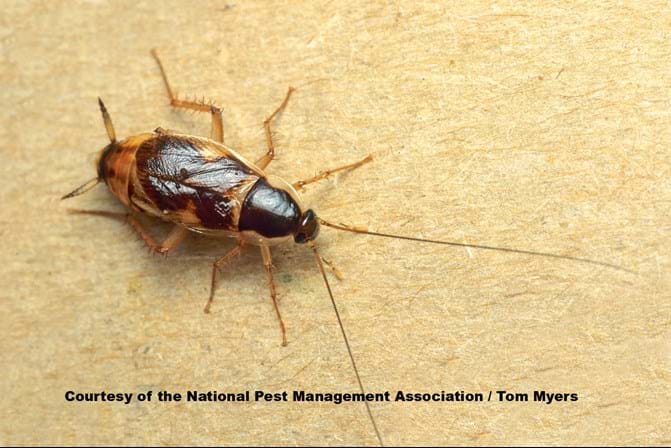 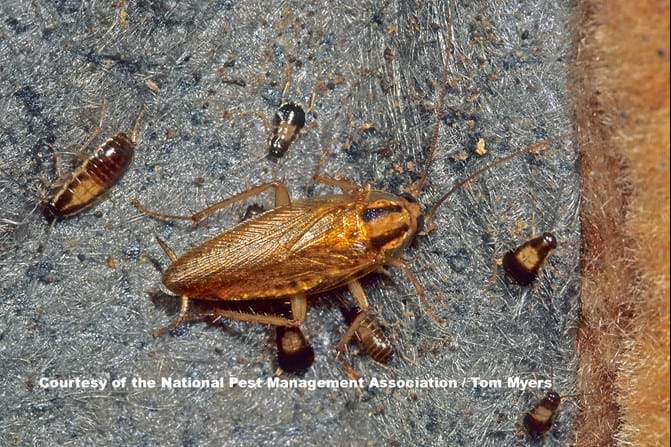 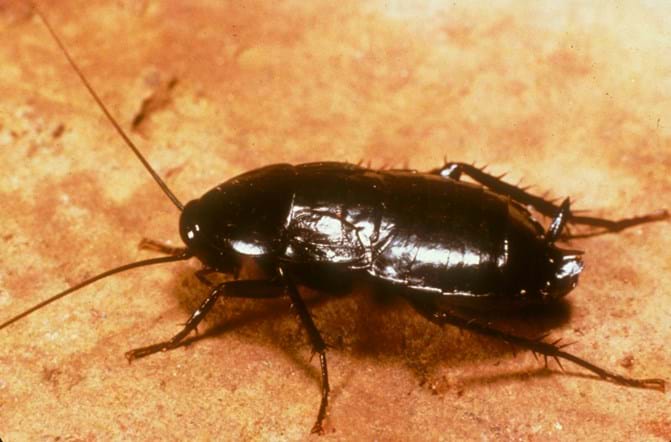 Wondering how to get rid of cockroaches? The best advice for cockroach control is to practice good sanitation. Homeowners should also seal any cracks or crevices on the outside of the home and eliminate moisture buildup in basements, attics and crawlspaces. When inspecting for types of cockroaches, pay extra attention to kitchens and bathrooms - especially under appliances and sinks - as these areas are particularly vulnerable to cockroach infestations. If you suspect or discover an infestation, contact a licensed pest control professional.