What You Need to Know About Clover Mites

Despite its name, there’s nothing lucky about finding a clover mite. This dark reddish brown pest, which is smaller than a pinhead, does not pose a threat to human health or cause major damage to homes, but it can be a severe nuisance when it invades structures.

Clover mites differ from many pests in that they prefer cooler weather. Clover mite activity increases as temperatures start to drop, during which time they pay homage to their name by feasting on clovers, over-fertilized grass and many other plants. In fact, clover mites eat more than 200 different plant species, including some flowers. Their activity peaks in the cooler, early spring months when they can become the greatest nuisance to homeowners – so be prepared to see clover mites en masse this time of year. 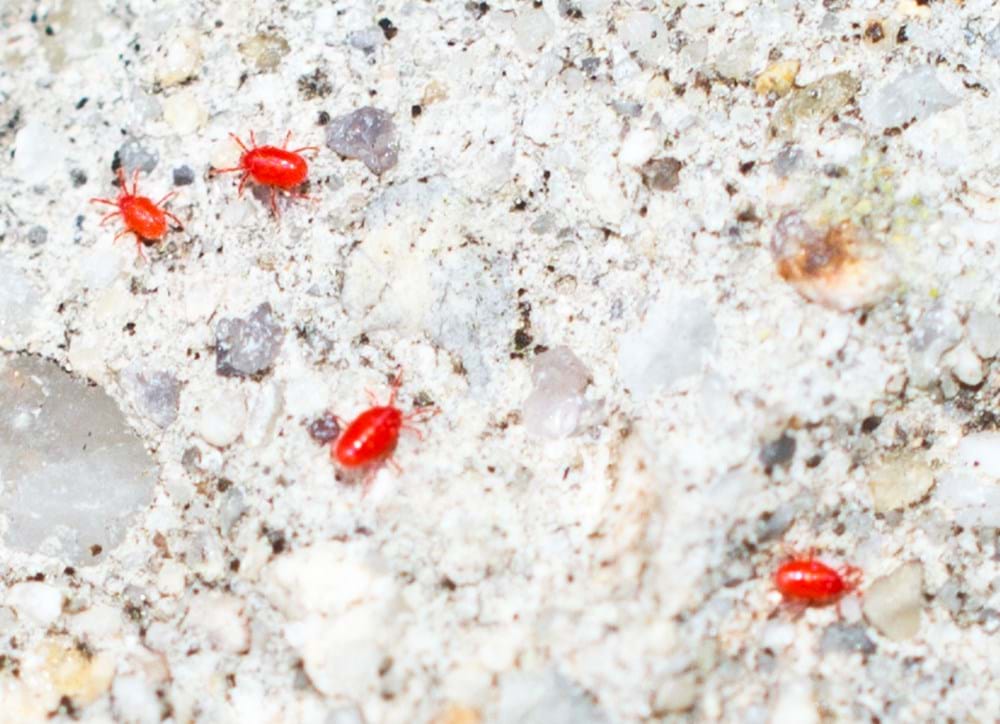 Once the hotter summer weather arrives, clover mites will lay eggs and become latent. In the northeastern U.S., for example, they may go into a dormant state around May and remain that way until September. Any eggs that are laid in fall will overwinter until hatching the following spring. These eggs are often positioned in the cracks and crevices of a home’s exterior or between walls, creating issues for homeowners upon hatching.

Home infestations are most severe when sudden changes in weather or habitat occur. Populations typically move indoors in autumn when the plants that clover mites feed on start to perish, causing these pests to invade in high numbers — even by hundreds of thousands. Additional infestations occurring in the spring are typically driven by the sudden growth of lush vegetation around a home’s perimeter, which is especially palatable to clover mites.

When smashed, adult clover mites leave behind a red stain, especially on items such as curtains, wallpaper, rugs and other furniture that are lighter in color. As such, clover mites found in the home should be vacuumed up instead of crushed.

There are steps that homeowners can take to prevent clover mite infestations indoors. For starters, thick vegetation or plants that are known to attract clover mites should be removed in an 18 to 24-inch band around the perimeter of the home. Likewise, homeowners should inspect the structure, including the foundation, window frames and siding for cracks that may serve as entry points. These spaces should be properly sealed to prevent clover mites from laying eggs or entering the home.

Getting Rid of Clover Mites

If homeowners notice any signs of clover mite activity on their property, they should contact a licensed pest control professional to resolve the issue. For more information on other types of mites, click here.