What Does a Tick Look Like: Tick Species and the Threats they Pose

A Guide to Identifying and Preventing Various Tick Species

When the weather gets warmer, humans and their pets are not the only ones eager to get outside after a long winter – ticks are out in full force and can pose a significant health risk to humans and pets alike, spreading diseases like Lyme disease and Rocky Mountain spotted fever. Here is everything you need to know about what different kinds of ticks look like, how to prevent tick bites and the dangers associated with these potentially dangerous pests. 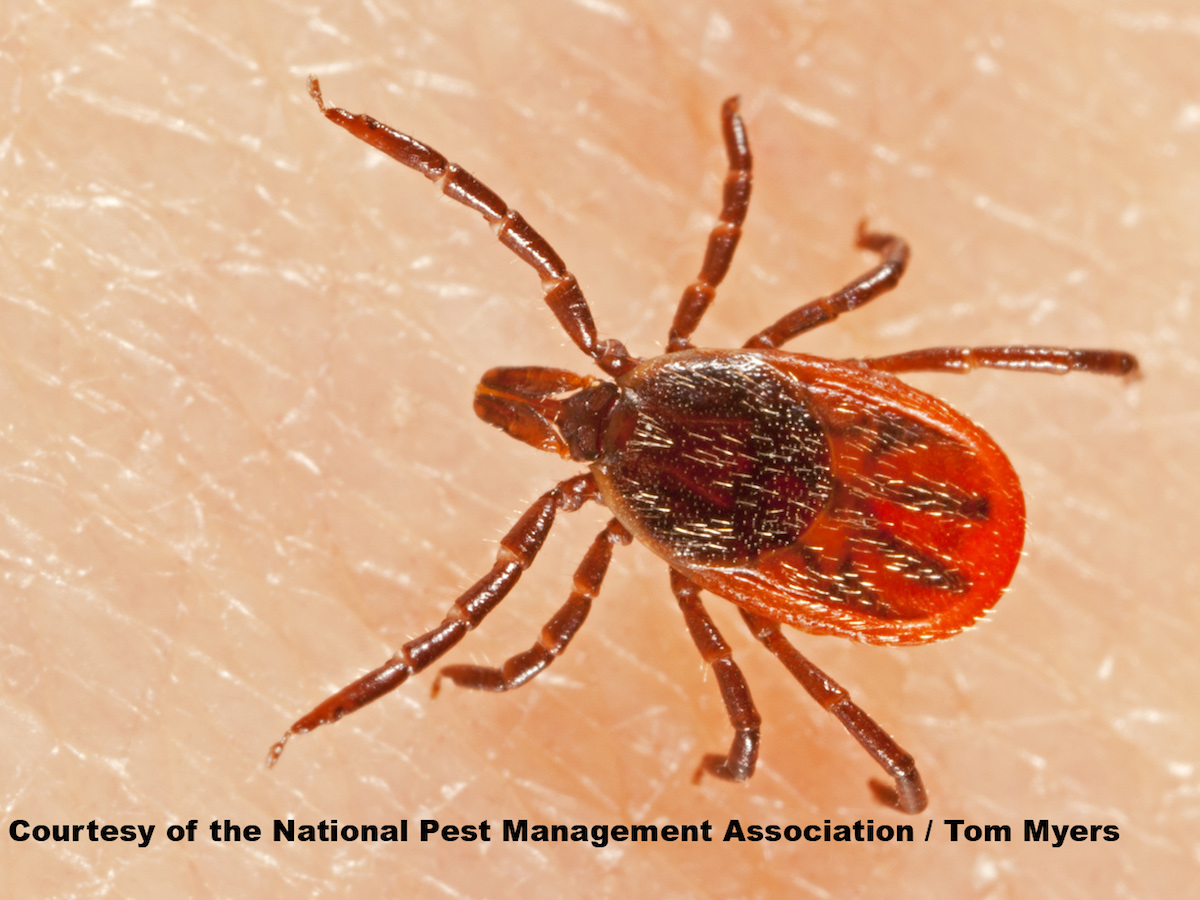 General Info: The blacklegged (deer) tick is named for its notorious dark legs and is sometimes referred to as a deer tick because it prefers to host on the white-tailed deer. Found throughout the northeastern, mid-Atlantic, southeastern and northcentral United States, blacklegged ticks are known vectors of Lyme disease, anaplasmosis, human babesiosis, Powassan encephalitis, and more.

What Do Blacklegged (Deer) Ticks Look Like: Blacklegged ticks are a flat, broad oval shape and are typically orange-brown in color with darker legs. They have 8 legs, categorizing them as arachnids, and are 1/8” long on average.

Habits: Blacklegged ticks normally hide in grass and shrubs and wait for a passing host to latch on to. They can also be found in the den or nests of common hosts, such as skunks, raccoons, opossums, and rodents. These ticks prefer the nesting areas of the white-footed mouse because they are often in well-sheltered places such as underground, in tree stumps, old bird nests and woodpiles.

Threats: Blacklegged ticks are vectors of anaplasmosis, Lyme disease and human babesiosis. Symptoms of Lyme disease include fever, headache, fatigue and a bull’s eye-shaped skin rash around the bite sight. If untreated, Lyme disease can affect the joints, heart and nervous system. Blacklegged ticks’ favorite feeding area on humans is at the back of the neck, making detection difficult if you have long hair. These ticks will typically crawl for up to 4 hours before they attach and have to then be attached for 6-8 hours before disease transmission occurs, so early detection and tick removal is key. 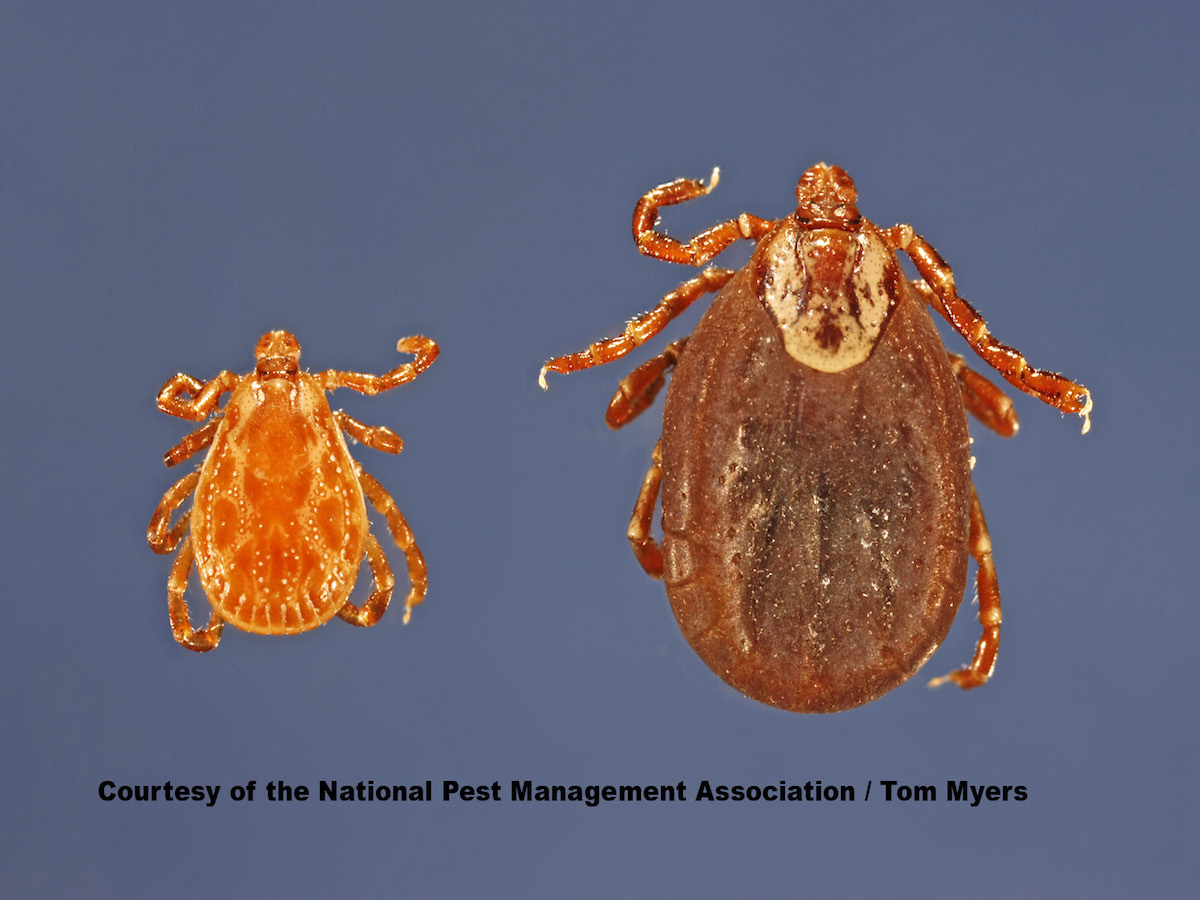 General Info: The American Dog Tick is named after its host of choice – the dog. These ticks are only found throughout North America and are a member of the hard tick family. American dog ticks are known vectors of Rocky Mountain spotted fever, and exposure to these ticks is most common during spring and early summer.

What Do American Dog Ticks Look Like: American dog ticks are flat and oval in shape, and usually brown with whitish-gray markings. Similar to the blacklegged tick, these ticks have 6 legs as larvae but have 8 legs when they are adults. They range anywhere from 5 mm to 15 mm in size depending on whether or not they are engorged.

Habits: American dog ticks prefer grassy areas with low vegetation where larger animals commonly pass by and thrive in areas that are also accessible to humans. When these ticks latch on to dogs, they are brought into the home and can potentially be transferred to humans. American dog ticks are extremely resilient and are able to survive for 2-3 years without feeding.

Threats: American dog ticks are carriers of the bacteria that causes Rocky Mountain spotted fever, a serious tick-borne illness with a mortality rate of over 20 percent if not treated early. Symptoms include high fever, chills, muscle aches, headaches, and sometimes a rash spread across the extremities 2-4 days after the fever begins. These ticks are also known vectors of tularemia, a disease transmitted from rabbits, mice, squirrels and other small animals. Symptoms include an ulcer at the bite site, fever, chills and tender lymph nodes. 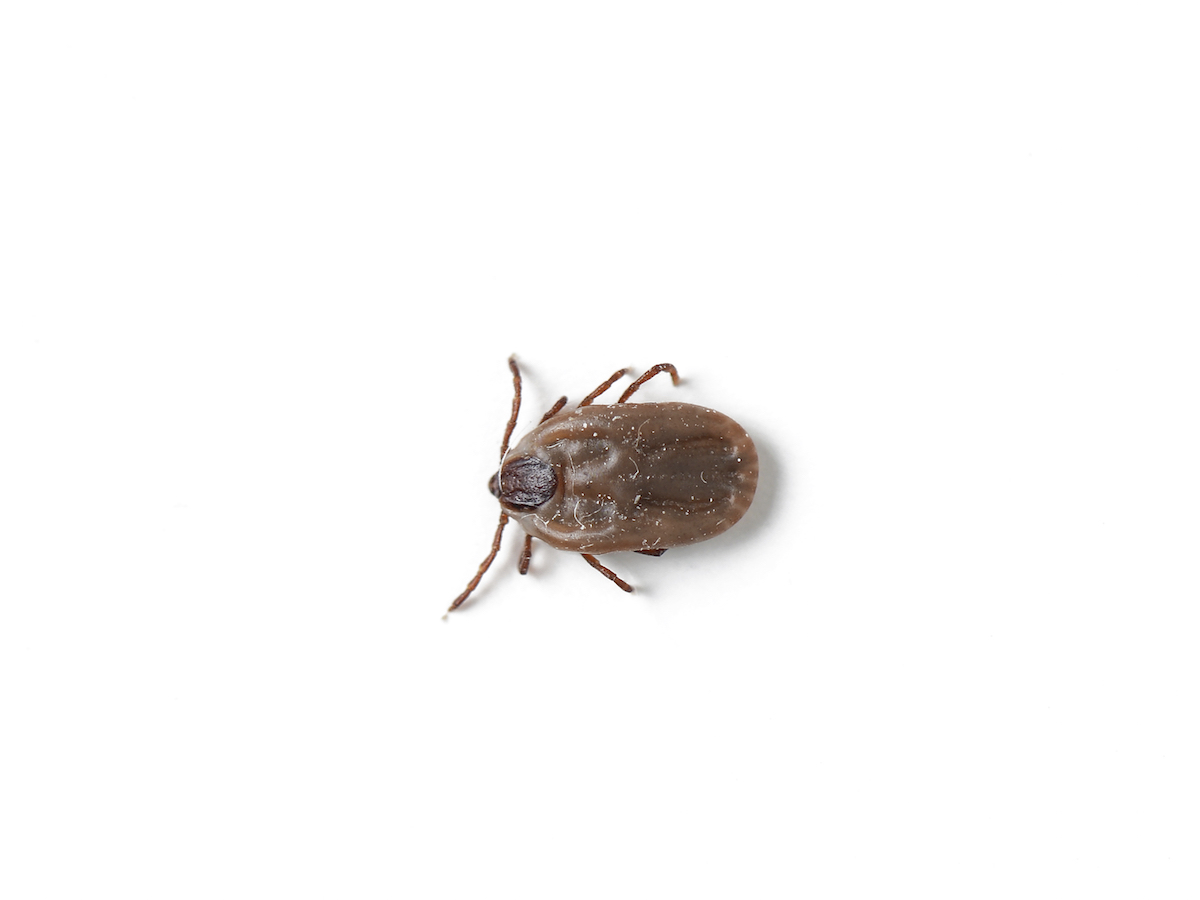 What Do Brown Dog Ticks Look Like: As told by their name, brown dog ticks are typically brown in color, but can become a gray and blue color when engorged. They are anywhere from 1/8” to 1/2” long and are oval-shaped and flat. Brown dog ticks, like the American dog tick, also have 6 legs as larvae and 8 as adults.

Habits: Brown dog ticks are unique from the other species of ticks because they are the only kind that can complete their entire life cycle indoors, as they survive best in warm, dry conditions. They prefer to host on dogs and usually attach to dogs’ ears or between the toes. 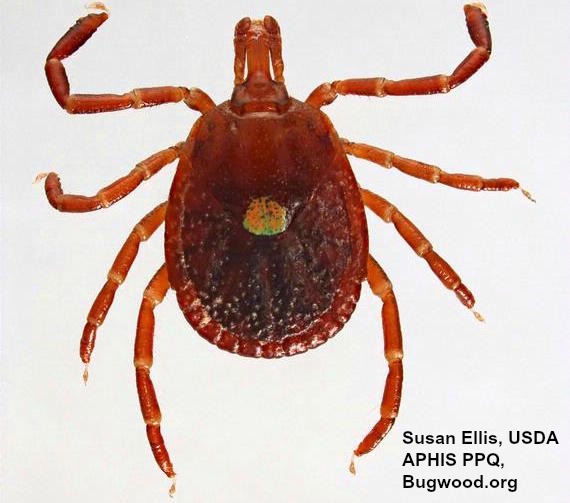 General Info: Lone star ticks are named for their identifiable characteristic of a single spot located on the female’s back. Found mainly in the eastern and southeastern U.S., these ticks target humans more than any of the other tick species.

What Do Lone Star Ticks Look Like: Lone star ticks are reddish brown and become dark gray once engorged. Similar to the other species of ticks, lone star tick larvae have 6 legs, while adults have 8. Female lone star ticks are typically about 1/8” long when unengorged but can grow to up to 7/16” when engorged. Male ticks are usually slightly smaller.

Habits: Lone star ticks are three-host ticks, meaning they attach to a different host during each stage of their lifespan: larvae, nymph and adult. They attach to their host by crawling up the tips of low-growing vegetation, such as grass, and wait for the host to pass by and brush against the vegetation. As nymphs and adults, lone star ticks will also crawl on the ground to find the host and attach. These ticks are most often found in shaded areas, as they cannot survive for long in the sun. Larvae prefer small animals, including rabbits, skunks, raccoons, cats and birds, while nymphs typically target a mix of small and large animals. Adult lone star tick hosts are larger animals, such as  fox, dogs, cats, deer, turkey, cattle and humans – who are fed on by all three stages of lone star ticks.

Threats: Lone star ticks are known vectors of many diseases, including tularemia, Heartland virus, Bourbon virus and Southern tick-associated rash illness (STARI). As with all ticks, early detection and removal is crucial, but lone star ticks have long mouthparts that can make removal especially difficult, as their mouthparts oftentimes break off while being extracted, resulting in further infection in the host.

Habits: Similar to the lone star tick, Rocky Mountain wood ticks are a three-host tick, with each stage requiring a new host. These ticks are at their highest threat level from mid-March to mid-July. Larvae and nymphs typically feed on rodents, like squirrels, chipmunks and voles, while adults feed on larger animals, including sheep, deer and humans. Rocky Mountain wood ticks are typically found in wooded areas, open grasslands and around trails where they can easily attach to a host.

Threats: The biggest threat posed by the Rocky Mountain wood tick is Rocky Mountain spotted fever (RMSF), an infectious disease that can turn deadly if not treated in a timely manner. The main symptom of RMSF is a full body rash 2-5 days after the bite.

Make sure to follow these prevention tips to reduce the risk of tick bites:

Learn how to keep yourself and your family safe from tick bites before heading outdoors this summer.

From purses to stuffed animals, bed bugs can hide in some unusual places.