The sight of an insect inside the home can make anyone feel squeamish. However, even a single insect may indicate a larger infestation lurking just out of sight. These infestations can be detrimental to human health and can cause costly property damage depending on the species.

Staying aware of common pests in your area helps you know when to contact a licensed Texas pest control professional for assistance.

Because its climate differs throughout the state, Texas is home to a wide variety of insects. These are a just a few of the most common insects encountered in Texas:

Similar to cockroaches, subterranean and drywood termites flourish in Texas’ moist, warm climate. Termites can cause significant, expensive damage to homes and are responsible for billions of dollars in property damage each year.

Mosquitoes can breed in any stagnant water, so Texans can experience surges in mosquito population after a hurricane or significant rainfall. Mosquitoes are often considered a nuisance because of the itchy welts their bites cause, but they can also transmit diseases, including West Nile virus and Eastern Equine Encephalitis (EEE). Asian tiger mosquitoes are also known to transmit Zika virus and dengue fever.

Like most of the United States, Texas is similarly plagued with common bugs such as household ants, including carpenter ants and Pharaoh ants. Carpenter ants can damage wood by building their nests within a structure, while Pharoah ants are known to spread several diseases. As part of the southern U.S., Texans may also encounter red imported fire ants, known for their painful stings. 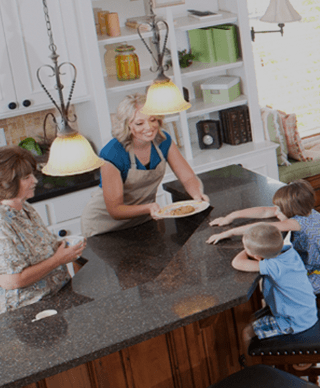 While many of these pests are commonly found outdoors, several of them can enter structures and evolve into an infestation. Sealing possible points of entry around the house, inspecting groceries for signs of pests and keeping shrubbery well-trimmed are all great ways of eliminating the chance of an infestation.

Cockroaches are known for “hitchhiking” their way into homes via grocery bags, cardboard boxes and secondhand appliances. They can also enter a structure through an opening as small as 3/8 inch in width. Because cockroaches are drawn to food and moisture, they are commonly spotted in kitchens and bathrooms.

Termites may not be as easily spotted as cockroaches. Because they feast on structural components like beams, floors and walls, they’re often found in attics or crawlspaces. They can enter structures through tiny gaps less than 1/16 inch wide or via infested pieces of furniture.

Although stinging insects are often encountered outdoors, they have been known to build their nests in nooks and crannies like porch ceilings and attic rafters.

Ants are also commonly found outside, but can enter homes via utility penetrations where pipes or HVAC systems enter the home, or any small openings and cracks around doors and windows.

What is Texas’ State Insect?

Texas’ state insect is designated as the monarch butterfly. This beautiful insect is famous for its vibrant, orange wings with black wing veins. Each fall, adult monarch butterflies migrate through Texas from Canada and the eastern United States to spend the winter in Mexico.

Unlike other insects commonly found in Texas, monarch butterflies are harmless to humans and are not considered a pest.

If you suspect a potential infestation in your home, act quickly to protect your health and your wallet. Seeking assistance from a licensed pest control professional is the best plan for keeping an infestation from getting out of hand.