In truth, spiders are not intentionally harmful to humans. Most spider bites occur when humans accidentally trap or brush up against a spider and receive a defensive bite. On rare occasions, spiders may have a serious lapse in judgment and bite a human finger (or other body part) mistaking it for a caterpillar or other such prey. Even then, most spiders are too small and not capable of breaking the skin with their fangs, or their venom too weak to be dangerous to humans. Simply put - most spider bites are accidental, harmless and require no specific treatment.

Still, that is not enough to stop spiders from having a bad reputation. It is common for any unexplained skin irritation to be called a "spider bite." In fact, most skin lesions and bite symptoms that are attributed to spiders are rarely actually due to a spider bite. Research has shown that 80 percent of presumed spider bites are actually bites from other insects, or due to skin infections such as MRSA (a resistant staph infection).

Yet, occasionally, a spider bite will cause real harm. Especially with larger spiders, the bite itself may be painful and cause injury. However, far more concerning is the spider's venom, which can include necrotic agents or neurotoxins. Spider bites rarely transmit infectious diseases. 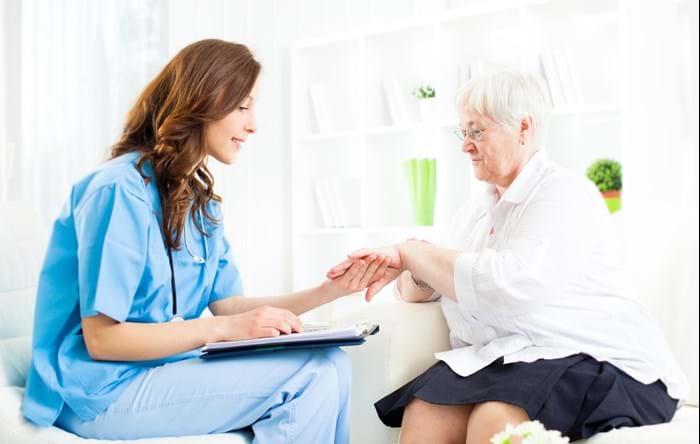 The two spiders of greatest concern in the United States are the brown recluse and the black widow spiders, most commonly found in southern states. Both species prefer warm climates and dark, dry places. Typically, these are timid, non-aggressive spiders, often found in dry, littered, undisturbed areas such as closets, woodpiles and under sinks.

Most spider bites are relatively harmless and may not cause any noticeable symptoms. In fact, some bites initially attributed to spiders can turn out to be bites from other bugs or insects, as well as even skin infections. If a spider bite does cause a reaction, these are the most common symptoms:

Black widow spiders can be found throughout North America, but are most common in the southern and western areas of the United States. Male widows, like most spider species, are much smaller and generally less dangerous than the females. Widows tend to be non-aggressive, but this spider will bite if its web is disturbed or if it feels threatened, especially after laying eggs. The more dangerous female is a dark colored spider with a red hourglass shape on the underside of its abdomen. While the bite feels like a pinprick and at first may go unnoticed or seem rather minor, the black widow spider's venom is reported to be 15 times stronger than that of a rattlesnake. Early on there may be slight swelling and faint red marks. Within a few hours, though, intense pain and stiffness begin. Other signs and spider bite symptoms include: chills, fever, muscle cramps, and gastrointestinal symptoms such as nausea, vomiting and severe abdominal pain. Typically, black widow bites are less common, but more severe than brown recluse bites. That said, no one in the United States has died from a black widow spider bite in more than 10 years. 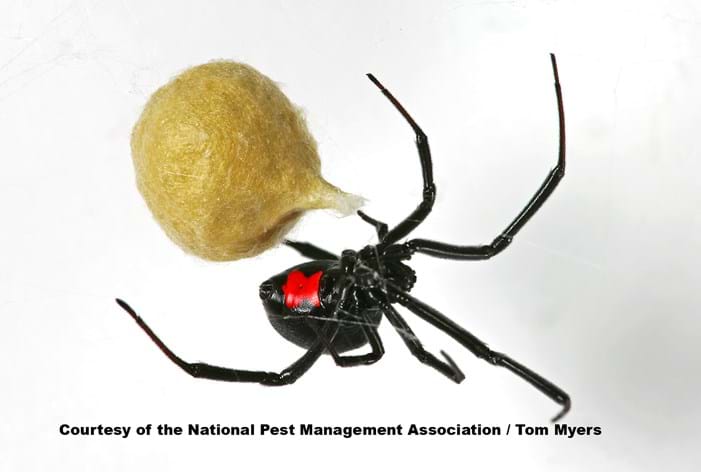 The brown recluse spider, also known as the violin spider, is most commonly found in the south-central, mid-western and southern states of the United States. Most encounters with this spider occur from moving boxes or rooting about in closets, attics, garages or under beds where they may have nested. Brown recluse spiders typically take up residence in dry, warm and dark environments such as basements, woodpiles and closets. These spiders are brown in color with a characteristic dark violin-shaped (or fiddle-shaped) marking on its head. Whereas most spiders have eight eyes, brown recluses have six equal-sized eyes. These spiders will bite if they feel trapped, such as when a hand reaches into a box in the attic or a foot slides into a shoe that the spider has made its home. The bite produces a mild stinging, followed by local redness and intense pain within eight hours. A fluid-filled blister forms at the site and then sloughs off to leave a deep, enlarging ulcer. Systemic (or generalized) reactions from a brown recluse spider bite vary from having spider bite symptoms like a mild fever and rash to nausea and listlessness. Generally, brown recluse spider bites are reported much more frequently than black widow bites, but while the brown recluse bite may cause very significant local skin reactions, it is much more unusual for these spider bites to cause generalized symptoms. Since these bites can develop over the course of three or more hours while taking about three weeks to heal, it's important to pay attention to someone who has been bitten throughout the process. Brown recluse venom has been known to cause severe allergic reactions in children and elderly adults, as well as those with preexisting medical conditions. Unfortunately, brown recluses are almost communal and can be sometimes be found in great numbers. 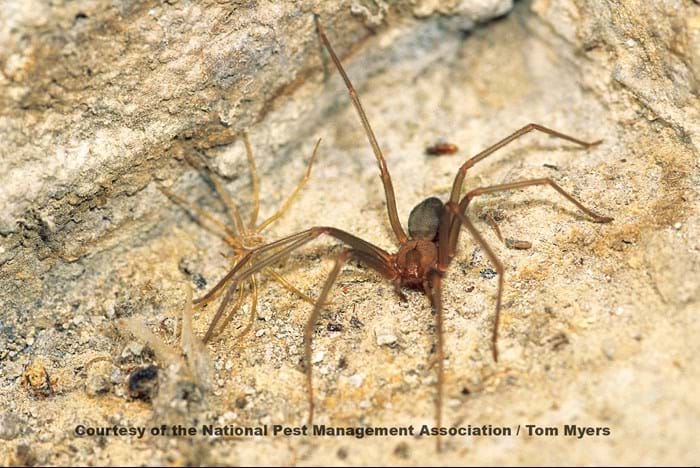 What To Do About Spider Bites

When to Worry About Spider Bite Symptoms

If a local reaction continues to get worse for more than 24 hours, it may be time to seek medical attention. Look for redness spreading away from the bite, drainage from the bite, increase in pain, numbness/tingling, or a discoloration around the bite that looks like a halo or bull's-eye. If generalized spider bite symptoms set in, be concerned. In very rare cases, there have been reports of spider bites (by spiders considered otherwise harmless) causing allergic reactions - including anaphylactic shock, a life-threatening condition (much like may result from the sting of a bee, or wasp in a highly allergic person).

Contact a pest professional if you think you may be dealing with a spider infestation. To learn more about different types of spiders and the threats they pose to our health, check out our spider Pest Guide section or watch this Health Checks video on spider bites.