The “Triple Threat” of Mosquitoes

What You Need to Know About Dengue, Chikungunya and Zika

Zika, dengue and chikungunya did not originally exist in the New World, but rather were extensively well established across central Africa, southern Asia, Southeast Asia, and tropical Oceania. However, all three mosquito-borne diseases have recently arrived in the New World and continue to spread at an alarming rate, posing a significant threat to human health.

If and when any of these infections become established in the United States, they could spread to all the areas the Aedes aegypti and Aedes albopictus mosquitoes call home. Aedes aegypti is well established in Eastern Texas, across the southern states and up through the southeastern Atlantic states. Aedes albopictus has an even greater range, extending to more than 30 states! Check out these ranges maps from the Centers for Disease Control and Prevention for more information. 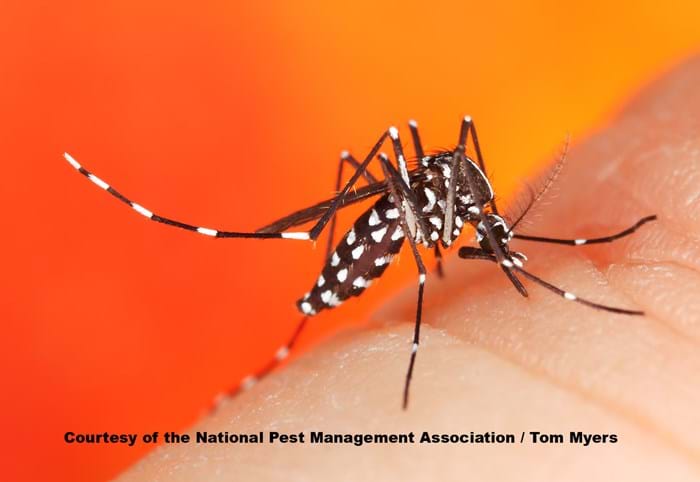 Details About Dengue, Chikungunya and Zika

Dengue fever, also called “Breakbone Fever,” was virtually nonexistent prior to 1981, but had spread throughout the Caribbean, Central America and most of South America by the new millennium. Unlike many mosquito-borne infections that may cause mild to no symptoms, dengue fever can be quite severe due to the sometimes excruciating pain sufferers endure. It is characterized by the sudden onset of high fever, rash, headache and pain behind the eyes, and muscle, joint and bone pain. The most severe form of the disease is called dengue hemorrhagic fever, which causes signs and symptoms of dengue fever, plus severe abdominal pain, persistent vomiting, difficulty breathing, overt bleeding and bruising, shock and often death.

Most people diagnosed with dengue fever in the United States contract the disease while traveling abroad, but there have also been a small amount of locally transmitted cases in Florida, Texas and Hawaii. Luckily, none have resulted in a large or sustained outbreak… but they definitely could.

Chikungunya – seriously? As exotic as its name, which in the Makonde language of southeastern Africa means “that which bends up” or “to be contorted”, chikungunya is – quite literally – an infection that will bend you out of shape! Non-existent in the New World prior to December 2013, it exploded across the Caribbean and into Central America and Northern South America in less than a year. To put this in perspective, cases in these areas went from less than 100 at the end of 2013 to more than 600,000 cases by August of 2014.

Like dengue, most cases of chikungunya are asymptomatic or mild. Signs and symptoms of chikungunya infection include an abrupt onset of fever with joint pain and swelling. The joint pain is often very debilitating (bending you out of shape as you hobble along). Other common findings include rash, headache, nausea and fatigue. Most symptoms only last for a few days, but joint pain and swelling may last weeks, months or even years.

Zika virus was first discovered in Uganda in 1947, but the first human case wasn’t detected until 1952. Since then, Zika has taken off with a vengeance across Brazil and northern South America, and spread across Latin America as far north as Mexico, as well as into the Caribbean, including Puerto Rico. With the upcoming Olympics in Brazil, it is likely we will continue to hear much about the ongoing Zika epidemic.

Four out of five people infected with Zika show no symptoms and do not even realize they were infected. Those who do develop symptoms often experience low fever, rash, inflamed eyes (conjunctivitis) and joint pain. Rarely, like many other viral infections, Zika can result in Guillain-Barré syndrome where persons have a climbing weakness or paralysis of their legs. However, Zika has infamously become the focus of concern because the virus can also cause neurologic damage to the fetus of a pregnant woman. The disease has been linked to microcephaly, a condition in which babies are born with small heads and incomplete brain development. It’s likely associated with spontaneous abortions and fetal death, as well.

There is no vaccine and no treatment for dengue, chikungunya or Zika. Thus, avoiding exposure to mosquitoes is key. Recommended preventive measures include applying effective mosquito repellants on exposed skin or clothing when spending time outdoors. Wear long pants and long sleeved shirts to limit exposure to mosquitoes. One should also combat mosquito nesting and breeding sites by eliminating standing water in or around the home, and keep windows and doors properly screened, and repair even the smallest tear or hole. Check out this infographic for more tips on preventing mosquito breeding grounds.