Most homeowners are familiar with the most common household pests - your cockroaches, ants, rodents and such. However, there is an exclusive group of insect intruders the professional pest management industry refers to as occasional invaders. Think of these pests as the drop-in guests. 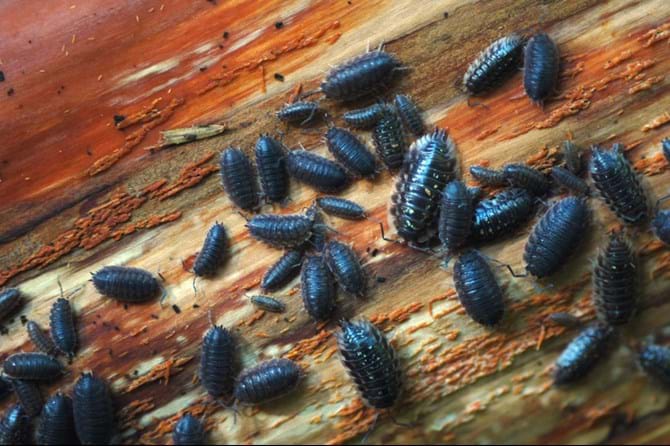 And just like many of their insect brethren, these pests come with their own set of bizarre but true facts.  Here is a quick guide:

Boxelder bugs get their common name from the fact that they are often found on and around boxelder trees. This species is native to the western states, but can be found from eastern Canada throughout the eastern United States, and west to eastern Nevada, wherever boxelder trees are found. These bugs are nuisance pests in and around homes from fall through early spring.

Weird but true: Entomologists have observed that these bugs prefer to develop on and feed on the leaves, flowers and seeds of female boxelder trees. Although these bugs tend to enter homes in droves and can be alarming to homeowners, rest assured they do not reproduce while they over-winter in your home!

Many homeowners have undoubtedly seen these scurrying in and out of shower and bathroom sink drains, their numerous legs making them look more menacing than they are. Centipedes are sometimes called "hundred-leggers" because of their many pairs of legs, but they can actually have anywhere from 15-177 pairs of legs, depending on the species. Interestingly, centipedes always have an odd number of pairs of legs.

Weird but true: A centipede's front legs aren't made for walking, instead they actually form into venomous fangs, which they then use to inject venom and paralyze their prey. These specialized "leg fangs," or forcipules are unique to centipedes.

Earwigs got their name from the myth that they crawl into sleeping people's ears and tunnel into their brains; a myth that is still sometimes perpetuated today. Earwigs are not dangerous to humans, but their appearance can be alarming. These pests mainly live off dead plant and animal matter while some species will eat living plants and fruit. There are 25 types of earwig species in the U.S.

Weird but true: Male earwigs find mates using their sense of smell.  Once coupled with a female, the male uses their long cerci, which look like pincers, on their backsides to attach himself to her. Undisturbed, the earwigs can stay in this mating position for hours.

House crickets are active at night and usually hide in dark warm places during the day.  If homeowners don't see them, they will definitely hear their loud chirping, which is caused by rubbing their front wings together to attract females. Clothing and carpets can become damaged when house crickets enter homes. They typically feed on the surface, leaving the area roughened from pulling the fibers loose while eating.

Weird but true: Many cultures have incorporated crickets into their folklore and mythology. For example, Brazilians believe that cricket songs are signs of impending rains, while some Asian countries believe crickets bring good luck and are kept as house pets in cages.

Weird but true: They may look cute, but ladybugs can become vicious if food is scarce resorting to cannibalism. If stronger, a hungry ladybug may turn on weaker (soft-bodied) members of its species.  Newly emerged adults or recently molted larvae are most at risk.

Millipedes are sometimes called "thousand-leggers" because of their many pairs of legs, but they can actually have anywhere from 30-90+ pairs of legs, depending on the species. The leggiest species boasts 333 pairs of legs. Some millipedes excrete a smelly fluid that can be toxic to small animals and pets and can cause blistering on humans.  They can't survive indoors for long, but are found under trash, in piles of grass clippings, flower-bed mulches, piles of leaves, etc.

Weird but true: According to fossil evidence, millipedes may have been the first animals to breathe air and make the move from water to land. In fact a fossil of a millipede found in Scotland dates back 428 million years!

Commonly referred to as "rollie-pollies," these nuisance pests are the only crustaceans that have become completely adapted to living on land. Pillbugs prefer moist locations, eat decaying vegetable material and are most active at night.

Weird but true: As moisture is very important to a pillbug's survival, Mother Nature has ensured that the bug can take in water from both ends. Although they tend to drink water through their mouthparts, pillbugs can also drink through their rear ends using special tube-shaped structures called uropods. (Source: Colorado State University  Department of Bioagricultural Sciences and Pest Management)

Silverfish are so named due to its silvery, metallic appearance and fish-like shape and quick movements. They tend to hide their presence from humans, which means any damage they have caused could go unnoticed as well. Silverfish tend to feed on paper items, glue, clothing and food items, such as flour and rolled oats, which make them more than a mere nuisance pest.

Weird but true: The courting and mating ritual of the silverfish is quite prolonged as it consists of three phases.  During phase one, the male and female face each other, touch antennae, back off and repeat. During phase two, the male runs away while the female chases him. Finally, during the third and final phase, they line up side-by-side, head to tail and complete their mating ritual.

These pests common name comes from the fact that most species have a spring-like structure that allows them to jump several inches. Springtails are nuisance pests that are attracted to areas of high moisture. Springtails are found year round, but because of a special protein that acts like anti-freeze, most springtails are able to survive in cold winter temperatures.

Weird but true: Springtails are very dependent on temperatures and moisture and may experience periodic population explosions, alarming anyone who sees a large swarm of these pests. Sometimes springtails may be seen on the surface of puddled water in such large numbers resembling a raft of floating bug bodies.

This insect, notorious for its "smelly" reputation, earned its name from its tendency to release an odor when disturbed or when crushed. Stinkbugs pose no threats to humans, although their presence in the home can be unnerving.  These pests are mostly problematic for farmers as they attack a variety of crops.

Weird but true: The brown marmorated stink bug, native to Japan, China, Taiwan and South Korea, was first discovered in the U.S. in eastern Pennsylvania in 1998. It's believed these invasive species smuggled themselves into the country in shipping crates.