Beware: Invasion of the Coneheads

A hungry and rapidly growing species of termite snuck into Florida from the tropics and is living in sections of the Dania Beach area of Ft. Lauderdale.  This species, scientific name Nasutitermes corniger, is now nicknamed the “Conehead Termite” because of the distinctive cone - or teardrop-shaped head of the soldier caste. When it was first discovered in Florida in 2001, this species was called the “Tree Termite,” but that nickname led to confusion—primarily the incorrect inference that it always lived and nested in or on trees, as well as the false sense of security that “at least my house is safe because the ‘Tree Termite’ only eats trees.” Not! This highly adaptable termite nests in or on—and happily consumes—trees, shrubs, roots, structures, fences, wooden furniture, scrap wood, paper products and probably many other items made of cellulose. It may build nests on open ground with no trees close by. 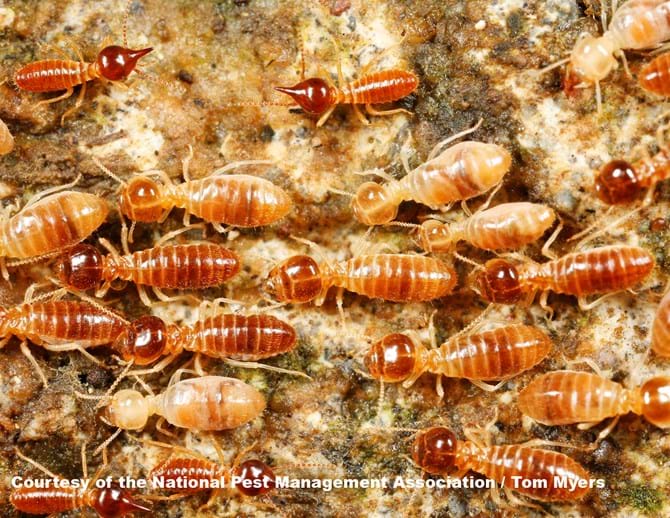 This challenging species has tremendous potential for swift dispersal, survival in a variety of structural and natural habitats across a broad geographic range, and decisive economic impacts.  There is a sense of urgency to act now to halt and hopefully eradicate this exotic species because if it spreads further and becomes irreversibly established in the United States, it could become a powerfully damaging, expensive, obnoxious, and permanent pest.

What should I look for to identify a Conehead Termite infestation?

To report a location of Conehead Termite activity, even if you’re not sure but would like it checked (free inspection and treatment), please call Florida’s Department of Agriculture and Consumer Services (DACS) at 850-617-7997.

How are Conehead Termite infestations treated?

Because the goal is to evict this species from the U.S., any live Coneheads must be treated, whether they’re in a house, yard, or even in an abandoned lot where they’re munching on items no one seems to care about. 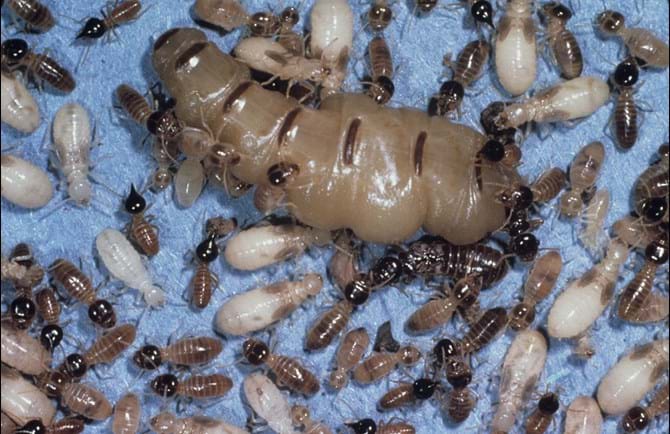 Florida’s new overall treatment protocolis to remove and destroy (by incineration) accessible nests, and use termiticides to comprehensively treat activity centers such as foraging galleries, infested wood and other dense aggregations of termites. This aggressive combination of strategies should kill many colonies, and reduce overall population size, health and integrity of any surviving Conehead societies enough to drastically reduce swarmer production and dispersal, thus substantially slowing and hopefully halting expansion of the infested area.

► These termites don’t bite or sting, but do not try to treat them yourself because the colony may move rather than die. Call the state hotline number above, or a certified pest management professional.

► Conehead attempts to “hitchhike” to colonize a new area, in another part of Florida or beyond, must be foiled by preventing transport of trees and shrubs, wood debris and furniture out of the infested and surrounding (high risk) locations, and by keeping vigilant watch to quickly notice – and immediately treat – any new infestations.

Acting quickly and decisively now, and committing to treatment and inspection vigilance for many years ahead, will be key to eliminating the current Conehead Termite infestation and preventing future established populations.

Thanks for helping to stop the spread of this destructive, invasive bug!