When most people think of a pest infestation, they likely think of bed bugs, cockroaches or rodents. However, there are many other pests that can quickly become a nuisance for homeowners. Occasional invaders, a group of insects that invade structures from time to time, often find their way inside homes throughout the year when weather conditions become hostile to their survival. These pests include boxelder bugs, centipedes, earwigs, house crickets, ladybugs, millipedes, pillbugs, silverfish, springtails and stink bugs, to name a few. 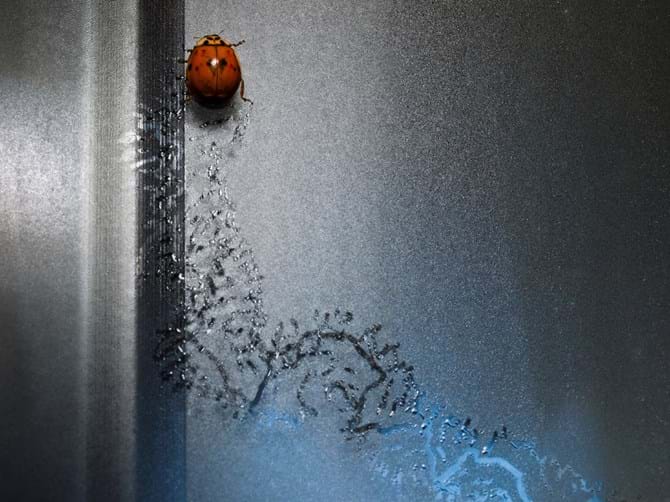 Occasional invaders usually enter the home through exterior cracks or openings in search of food, water and shelter. Once inside, these pests can’t survive for long periods of time if water is not available.  Unless a significant amount of moisture is present, occasional invaders are likely to die within a few weeks.

While the majority of these pests do not pose serious health threats, it’s still important for homeowners to take precautionary measures to prevent them from coming inside. Here are 5 simple steps that homeowners can take right now to prevent occasional invaders from infesting the home:

Occasional invader control should begin outside by sealing cracks around windows, doors, siding, utility pipes and underneath wood fascia with a good quality silicone-latex caulk. Damaged screens on doors and windows should also be repaired or replaced. Don’t forget to check for torn weather-stripping and loose mortar.

Reduce or, if possible, eliminate all moist harborage sites inside the home – specifically in basements, attics, garages and crawlspaces – because the majority of occasional invaders are attracted to moisture. Check for leaky water pipes under sinks, ensure drains are not clogged and look for signs of moldy wood. If there is any evidence of moisture buildup, install a dehumidifier.

Another key to controlling occasional invaders is the removal of debris around the exterior of the home such as mulch, leaves, grass clippings, stones and boards, as some of these pests are often associated with vegetation. Frequently mow and edge the lawn, and weed plant beds so the home is properly landscaped. Moreover, make sure to store firewood at least 20 feet away from the house and five inches off the ground

Some occasional invaders such as stink bugs and weevils are attracted to bright lights, so it is recommended that homeowners change outdoor lighting to yellow bulbs or sodium vapor lamps, both of which are less attractive to pests. Inside, windows should be shaded with blinds and curtains so significant light is not visible from the outside.

5. Remove with a vacuum

If occasional invaders enter the home, temporary but immediate relief can be achieved by using a shop-type vacuum to aid in their removal. However, if a vacuum is used to get rid of stink bugs, the bag must be thrown out to prevent the odor from permeating the area.

Most homeowners have spotted an occasional invader at some point inside the house. Usually, one or two of these pests are of little concern, but it can become a bigger problem for homeowners if an infestation develops. It’s best to contact a licensed professional before a pest invasion grows out of control.

Looking for more information on specific occasional invaders? Check out this article on common species or visit our Pest Guide to determine what’s bugging you and how to prevent it.