Beware of Scorpions in the Southwest United States 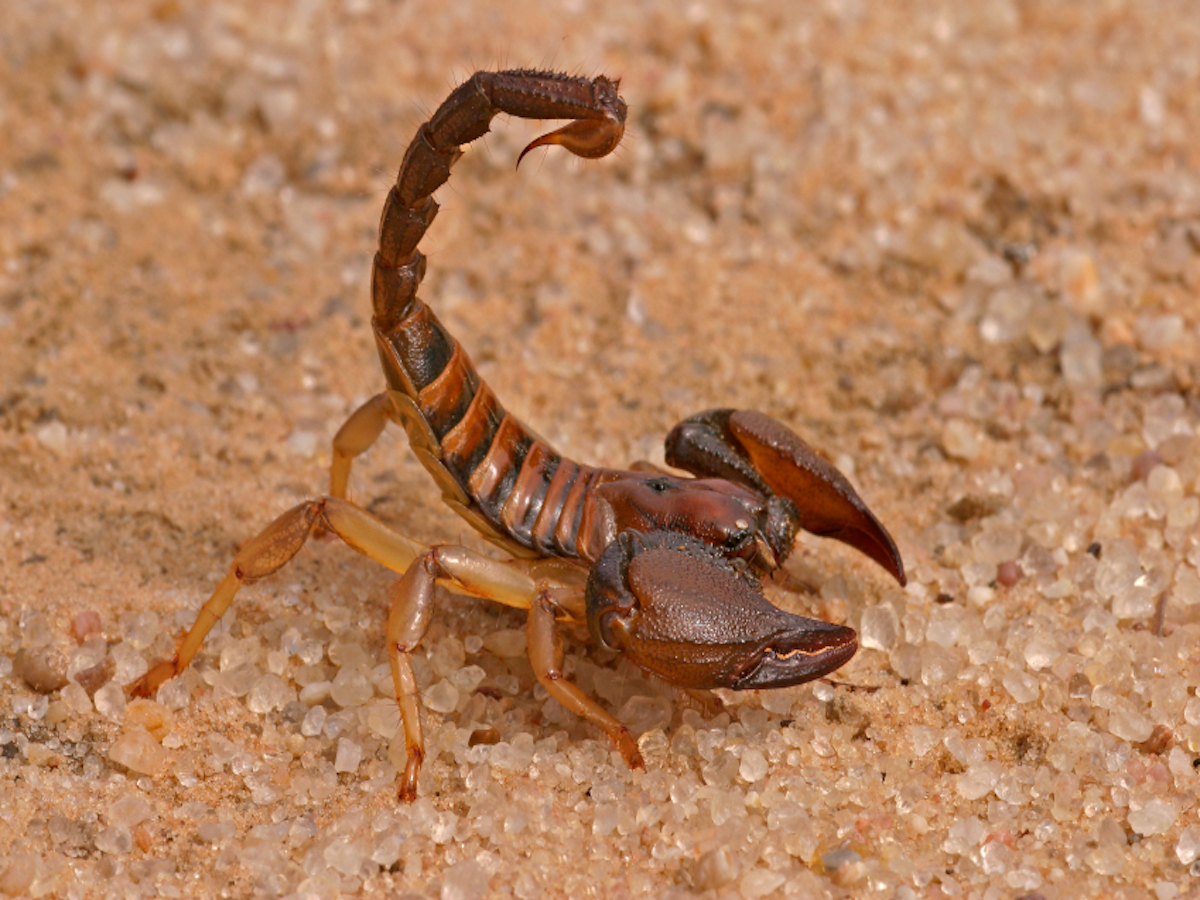 Scorpions are a common nuisance pest in the Southwest United States that are closely related to spiders, ticks, and mites. Although these pests are portrayed in Hollywood movies as being aggressive towards humans, scorpions try to avoid human contact and their well-known “bites” tend to be accidental. Most scorpion bites are similar to that of a bee sting, while others can be deadly and cause severe reactions. With 1,200 species of scorpions across the world, it is important to know what species might be lurking in your backyard and how you can avoid a run-in with them.

Arizona Hairy Scorpion
This scorpion is the largest species living in the U.S., growing to sizes of up to 5.5 inches. Arizona hairy scorpions can be found in California, Nevada, and Utah and can capture small lizards living in the deserts due to its larger size. These scorpions have yellow legs and a brown body.

Striped Tail Scorpion
These southwestern U.S. scorpions are native to the Arizona and New Mexico regions. Striped tail scorpions get their unique name from the dark brown stripes that line its tail. Like any other scorpion, this species is fast-moving.

Scorpion Prevention
To avoid run-ins with scorpions, eliminate harborage sites around your home, including woodpiles, trash and debris. Homeowners should also consider removing stones and landscape timbers from the property, and store firewood at least twenty feet from the home and at least five inches up off the ground.

Scorpions from the Southwestern United States are also known to enter structures through torn screens and holes and cracks in building exteriors, so it's equally important to seal cracks and holes on the outside of the home with caulk and repair any damaged window and door screens. These pests also enter homes through poorly fitted garage and entry doors.

If you are struggling with a scorpion problem, be sure to contact a licensed pest control expert for assistance.