Also known as snow fleas, these pests can be found outdoors at almost any time of year.

For some, one of the most appealing things about winter is the lack of bugs. While most of the mosquitoes, ticks and stinging insects have disappeared, springtails are one pest that can be found hopping around in a fresh layer of fallen snow. Springtails, also known as snow fleas, are small hexapods that utilize a protein in their body that allows them to survive harsh winter temperatures. These tiny critters are actually not fleas but get their unique nick name from their ability to jump from place to place, an action similar to that of fleas. This jumping action is more noticeable in the winter when springtails’ dark bodies stand out against the snow. 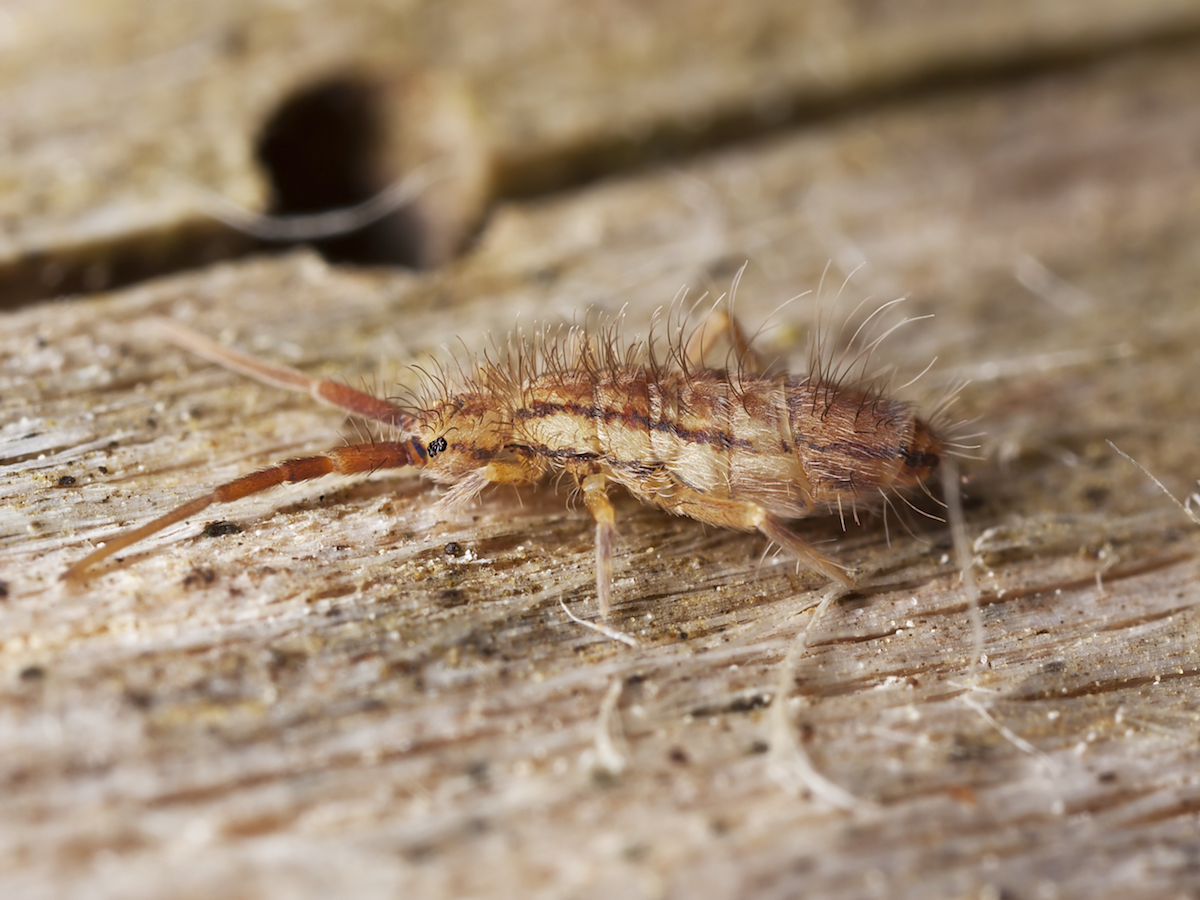 Where are Springtails found?

With their ability to withstand almost all types of climates, springtails are found throughout the U.S. They prefer very moist conditions and are often found in damp soil or decaying logs. In the winter, springtails tend to be out and about on sunny days in large numbers, usually surrounding the bottoms of plants where snow has melted. Because of their small size, springtails are hard to see and difficult to find. When looking at a fresh layer of snow, it may look as though someone has sprinkled pepper flakes or ashes across the snow. During the summer, springtails tend to flock near moist areas, such as a pool or air conditioning drain line.

Springtails are beneficial arthropods because they feed on decaying organic matter in the soil, helping with the process of natural decomposition. However, if they find their way inside homes, their presence can be quite annoying. They do not pose a health threat to you or your pets because they do not bite and are not known to transmit disease. However, their mere presence in your home could indicate a moisture issue and should be investigated.

If you do find yourself dealing with a springtail infestation, look for signs of moisture intrusion that should be corrected and seal up any potential entry points that could allow springtails direct access indoors. Contact a pest licensed control professional if your infestation persists.