At one point or another, you've probably seen a long, flat, wormlike critter with a ton of legs scurry across the bathroom floor, stop for a few seconds and then race off into a dark crevice. This pest, known as the house centipede, belongs to a diverse group of arthropods found in North America. Often referred to as "hundred-leggers," centipedes look much more scary than they actually are. Here are some interesting centipede facts to help you better understand this unique type of occasional invader.

The name centipede is misleading.

The name centipede literally means "100 legs," but this pest can actually have anywhere from 15 to 177 pairs of legs. Their legs are long and slender, which helps them to move at a fast speed. The last pair of legs on a female centipede is more than twice as long as its body. 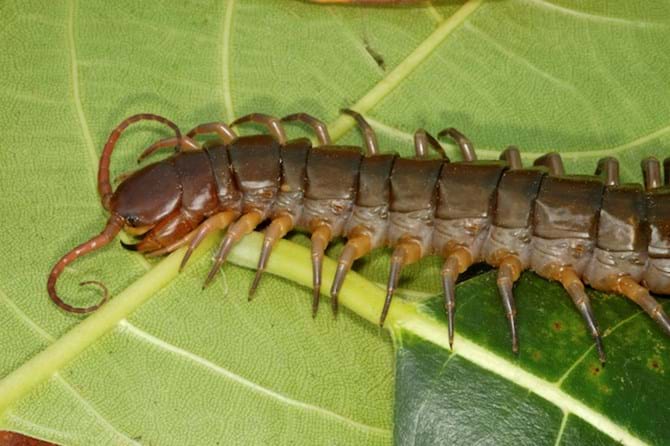 Some centipede species invade homes, but humans rarely see them during the day. They typically hide in damp areas around the house, such as bathrooms, basements and closets. At night is when centipedes are most active, as they forage for food.

Contrary to popular belief, centipedes are not dangerous.

Centipedes are often misperceived as dangerous pests. While they do have poisonous jaws that they use to inject venom and kill their prey, the jaws are not powerful enough to easily puncture human skin. However, centipedes will occasionally bite in self-defense, which can cause some localized pain and swelling, similar to that of a bee sting.

House centipedes feed on many types of small household pests, including spiders, flies, cockroaches and silverfish. All centipedes have poor eyesight, so they detect prey through their antennae. In fact, some centipedes don't even have eyes.

The common house centipede can live for more than a year, while other species have been know to live for as long as 5-6 years. This lifespan is considered long among arthropods.

Check out the Centipede Pest Guide to find some more centipede facts and learn about centipede prevention.