Buzz Off: How to Protect Yourself From Stinging Insects

Stinging insects such as yellowjackets, wasps and hornets send more than 500,000 people to the emergency room each year. And, if that's not bad enough, they become extra feisty in late summer and early fall when their colonies forage for food to sustain their queens during the winter months. 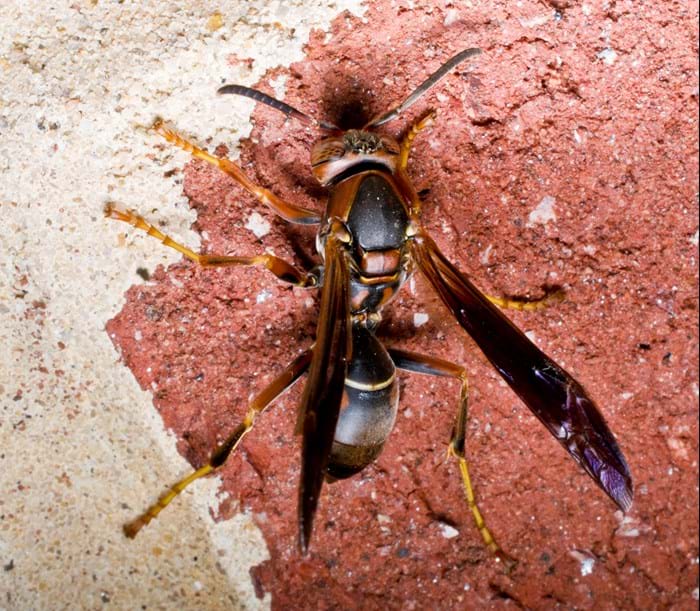 While the thought of encountering a bee hive on the porch or a hornets nest under the patio is enough to make anyone want to stay indoors over the next few weeks, don't fret. There are a handful of ways to ensure these pesky stingers won't ruin your fun in the sun.

One effective way to prevent an infestation of these insects and most other pests is to eliminate access and harborage sites around of the home. Stinging insects often build their nests inside attics and chimneys, behind porch lights and under decks or eaves. Homeowners should seal all visible cracks and crevices to keep these pests from moving indoors, and regularly inspect around the yard and along the perimeter of the house for nests.

Have you ever been to an outdoor gathering where bees are swarming around the table of hamburgers, chips and fruit? Stinging insects are attracted to exposed food and open garbage cans. To avoid an unwanted encounter with a yellowjacket or bee during a picnic or cookout, cover all food when outside and be sure to keep tight fitting lids on trash bins.

Avoid excessive use of fragrances

Yellowjackets and other stinging insects are attracted to sweet-smelling fragrances. If spending long periods of time outdoors, avoid excessive use of perfume or cologne. When possible, also choose unscented shampoos, soaps, lotions and sunscreen.

Avoid wearing dark colors and floral prints, since these patterns are known to attract stinging insects. It's also important to wear closed-toe shoes, especially in grassy areas as bumblebees and some hornets often nest there.

If a stinging insect is flying nearby, many people's first reaction is to either swat the insect away or flail their arms in panic. However, these movements may actually provoke an attack. Do not swat the pest, but rather remain calm, slowly walk from the area and it should fly away without causing any harm. If you do get stung, carefully remove the stinger and seek medical attention, as reactions can be severe in some cases.

If a nest is found on the property, keep yourself and other members of the family away and do not attempt to remove it on your own. Depending on the species, a nest could contain hundreds (if not thousands) of stinging insects, which could swarm and sting en masse if they are disturbed or feel threatened. Instead, contact a licensed pest professional who will be able to identify the species and aid in stinging insect control by either destroying the colony or removing it to a safe location.

Stinging insects can be hard to avoid as they often show up to picnics, cookouts and pool parties. The best way to prevent an unwanted encounter is to exercise caution when outdoors. To learn more about stinging insects, watch this Stinging Insects 101 video.