Information on Symptoms, Treatment and Prevention

Chikungunya, a viral infection transmitted to humans by infected mosquitoes, originated in southeast Africa and was first described in Tanzania in 1952. Subsequently, it has spread throughout sub-Saharan Africa and has become well established in the Indian subcontinent, Southeast Asia, and islands of the Indian and Pacific Ocean. More recently, Chikungunya has been reported in at least 15 Caribbean islands, including Hispaniola (Haiti & Santo Domingo), as well as French Guiana on mainland South America. 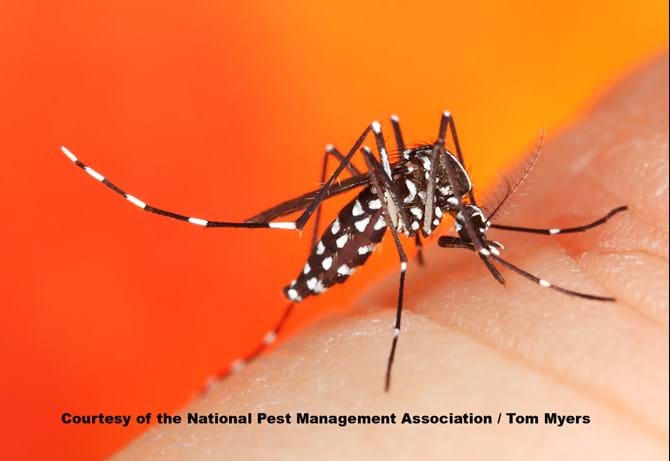 According to the Centers for Disease Control and Prevention (CDC), as of June 10, a total of 39 chikungunya cases have been reported from U.S. states and territories. One locally transmitted case has been reported from Puerto Rico. All other cases occurred in travelers returning from affected areas in the Caribbean or Asia. To date, no local transmission has been identified in the continental United States.

The mosquitos that carry the Chikungunya virus (aedes aegypti and aedes albopictus) can bite during the day and at night, both indoors and outdoors, and often live around buildings in urban areas.

Typical symptoms of Chikungunya infection include the rapid onset of severe joint pains (especially in the hands and feet) and fever. In fact, the name "Chikungunya" derives from a word in the Kimakonde language of south east Africa, meaning "to become contorted" and describes the stooped appearance of sufferers with joint pain. Symptoms start four to eight days after the mosquito bite (range from two to 12 days). Infected persons can also have headache, muscle pain, rash and joint swelling. Generally, symptoms resolve after one week, although some people may experience long-term joint pain. Chikungunya is generally not fatal, but the painful symptoms have led people to say "It won't kill you, but it may make you wish you were dead!"

Because there is no specific antiviral drug treatment for Chikungunya, physicians direct patients to use over the counter analgesics and medication to control fever, and to get plenty of rest and fluids. Several methods can be used for diagnosis. If you develop the symptoms of Chikungunya and have recently traveled, see your doctor. Your doctor may order blood tests to look for Chikungunya or other similar diseases.

Since a vaccine to prevent Chikungunya does not exist, it is best to try and avoid infection in the first place. As the Caribbean is a popular vacation spot for many Americans, avoiding travel may not be a realistic or desirable option. Rather, travelers are advised to take a number of precautions when staying in countries where Chikungunya is endemic. During outbreaks of Chikungunya - or if mosquito populations surge - community-wide insect/vector control programs may be activated and travelers should heed these warnings.

When choosing a hotel, ensure the rooms are equipped with fully functioning air conditioning systems, as well as door and window screens. Insecticide-treated mosquito nets afford good protection, as do mosquito coils or other insecticide vaporizers to reduce contact with mosquitoes indoors, especially in high risk areas.

Finally, patients who are diagnosed with Chikungunya should avoid additional exposure to mosquitoes to help prevent the further spread of the virus to other mosquitoes and subsequently to other people.