Raccoons are traditionally known to flourish in areas with easy access to water and foliage, such as forests with riverbanks, as well as in fields nearby watering areas for rural livestock. However, according to WHYY’s PBS Learning Media, raccoons are also being drawn to city environments. They found raccoons were exceptionally skilled at moving into various territories in the north, including major cities, quickly and easily adapting to their surroundings. As a result, there has been a “dramatic increase in urban raccoon populations in the past 70 years” and “raccoons have changed more in that time period than in the previous 40,000 years.”

In fact, recent studies show just how adept raccoons are when it comes to survival in the city. National Geographic, for example, reported that the organization’s grantee, Suzanne MacDonald, found metropolitan raccoons were better problem-solvers than their counterparts in other regions. In MacDonald’s experiment, 80 percent of the city-based raccoons she studied were able to open and access a trashcan for food, while none of the rural raccoons she observed could do so. 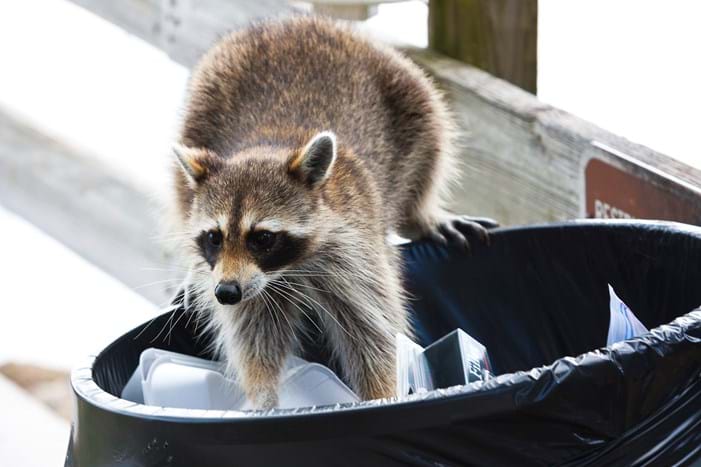 Although these furry creatures—known best for the “black mask” of fur around their eyes and striped tails—are interesting to marvel at in the world of animal behavior and science, their cunning adaptation skills can pose serious health and property risks to homeowners. They are especially dangerous when it comes to their ability to carry and spread diseases like rabies. According to the CDC, “Wild animals accounted for 92.6 percent of reported cases of rabies in 2014. Raccoons continued to be the most frequently reported rabid wildlife species (accounting for 30.2 percent of all animal cases during 2014), followed by bats (29.1 percent), skunks (26.3 percent), and foxes (4.1 percent).”

Raccoons are particularly a concern in areas where their populations are thriving, such as the east coast and in cities. Since raccoons are typically nocturnal, homeowners will likely see signs of raccoon invaders first, like droppings or dams, before the physical animals themselves. If homeowners do see a raccoon on their property, they should immediately call a licensed pest control professional to handle removal instead of risking contact by setting their own trap. Limiting interaction with these wild animals is best, yet they are naturally drawn onto properties to raid garages and trashcans in search of food. Homeowners can protect themselves and their property by implementing a regular preventative routine.

Advice to Prevent and Get Rid of Raccoons

First, ensure garbage is properly sealed with tightly fitting lids to avoid unwanted attention from hungry raccoons on the prowl for food. Birdseed, bird feeders and fountains should also be removed, as they are sources of sustenance to raccoons and other wildlife. Likewise, built up debris, brush and leaves can serve as perfect hiding spots and dwellings for an outdoor scavenger, so it’s important to regularly rid the yard of these piles. It’s ideal to store firewood at least 20 feet from the house during the cooler months as well. 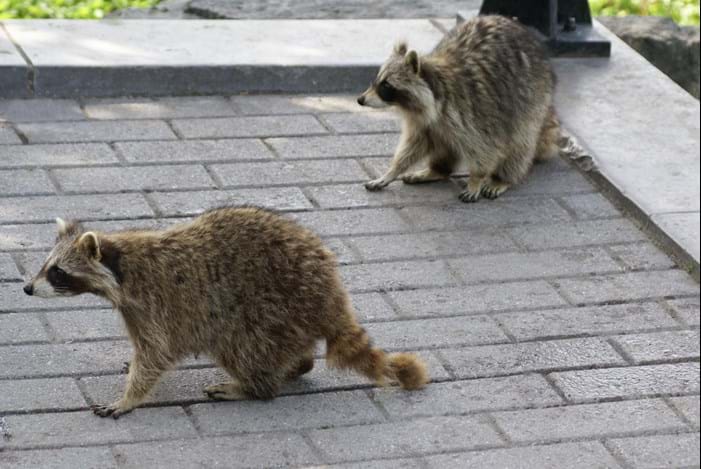 Raccoons can find access into homes through broken vents, uncapped chimneys and other openings along the roof, which is why homeowners should consistently inspect, repair and seal any potential points of entry. Shortening nearby branches so they are at least 6 to 8 feet from the roofline is also a best practice to deter animals.

Remember, raccoons are smart and adaptable creatures, as their successful migration into the northeast has proven. Rather than going through the motions of raccoon prevention, homeowners must remain completely alert to their properties, regularly checking to ensure that these clever animals aren’t maneuvering around their obstacles to acquire what they want.

Visit our raccoon pest guide for more information on these animals.