How to Spot, and Stop, Termite Infestations Before They Take Hold

FAIRFAX, VA (March 8, 2019) – As springtime approaches with the promise of warmer temperatures, it also brings with it the perfect conditions for termite populations to thrive. With harsh winter weather leaving many homes and properties across the country susceptible to these wood-destroying pests, the National Pest Management Association (NPMA) is working to educate consumers and spread awareness about this destructive species during Termite Awareness Week, March 10-16.

Termites, known as “silent destroyers” for their ability to chew through wood, flooring and even wallpaper undetected, cause more than $5 billion in property damage in the U.S. every year – damage that is often not covered by homeowner’s insurance. Homes with moisture damage from rain, snow and ice are prime targets for termites in search of structures in which to establish new colonies.

“Termites are experts at finding vulnerabilities of a home, such as cracks and crevices that emerge in the wake of winter, and cause even further damage as they invade, compromising the structural integrity of the home from the inside out,” said Cindy Mannes, vice president of public affairs at NPMA. “It is critical for homeowners to remain vigilant year-round and know how to spot the warning signs of an infestation. If one is suspected, it’s imperative to contact a licensed pest control professional to determine the extent of the damage and recommend a treatment plan, as termites cannot be controlled with do-it-yourself measures.”

For a behind-the-walls look at just how destructive these pests can be if left unchecked, NPMA released footage of its Tiny Termite House, a groundbreaking experiment and video production. The group constructed a tiny, built-to-scale dream home, and then introduced more than half a million Formosan termites to document the damage in a never before seen point of view. The house was a total loss despite looking structurally sound from the outside.

To help consumers protect their homes, NPMA shares the following top signs of a termite infestation:

“Homeowners should schedule routine termite inspections depending on their geographic location in the U.S.,” said Mannes. “There are many ways homeowners can help protect their homes and be proactive in the fight against termites.”

For more information on how to prevent an infestation and to find a qualified pest control professional, visit PestWorld.org. 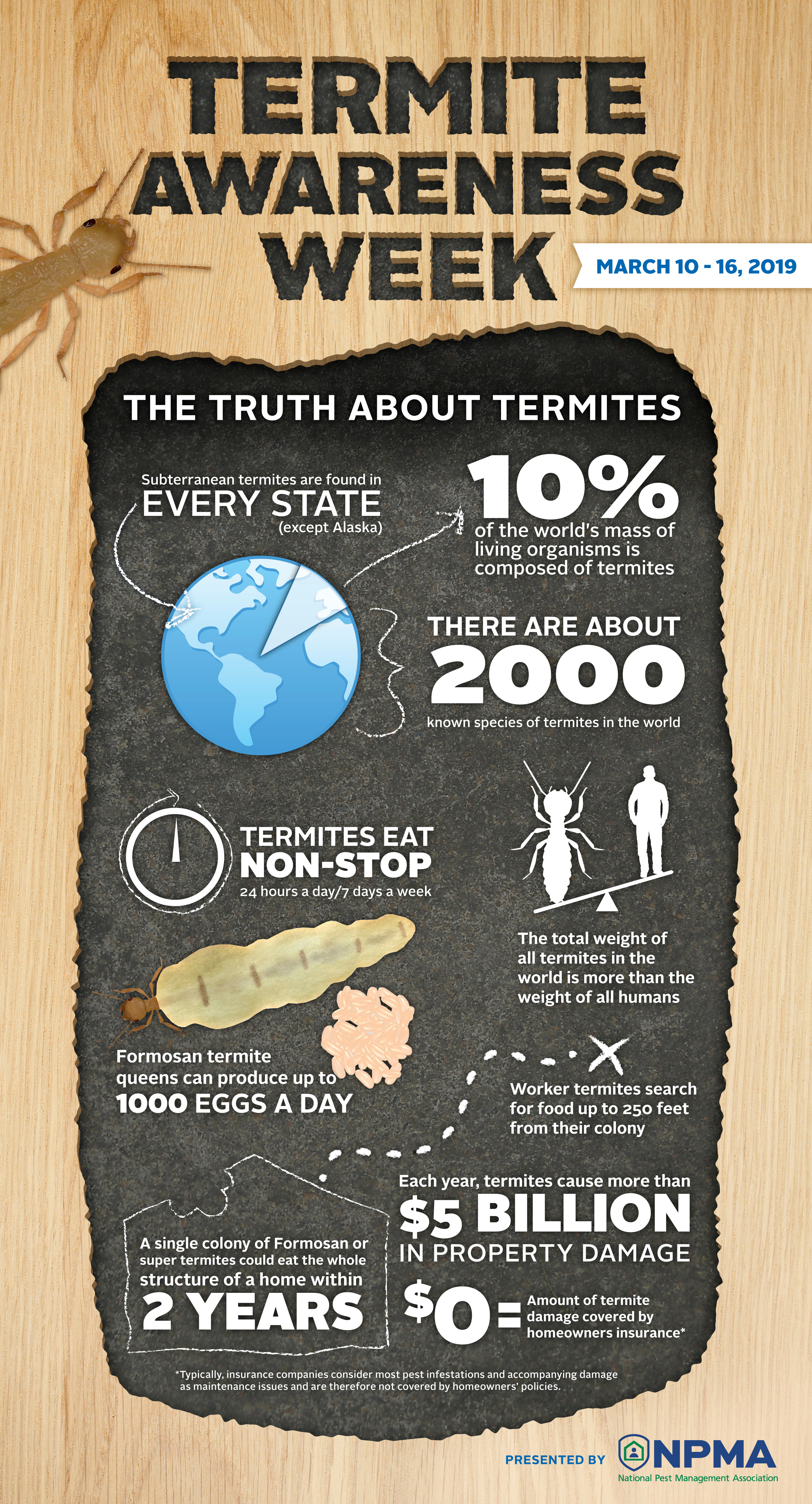